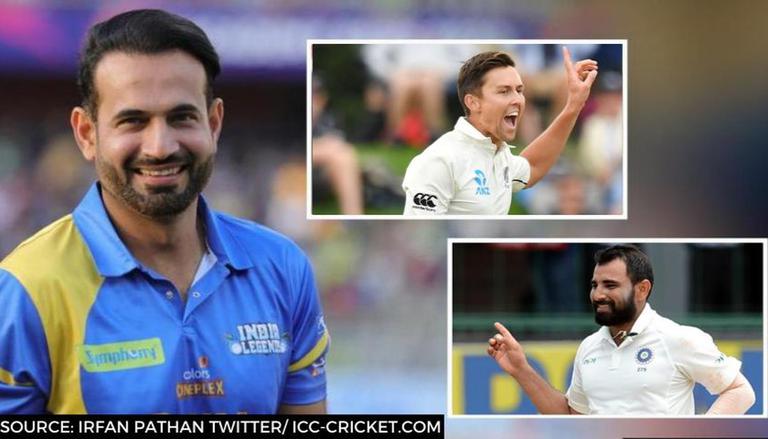 India and New Zealand are all set to lock horns with each other in the high-octane World Test Championship Final on June 18 at the Edgbaston in Birmingham. While the Indian team is currently serving the mandatory quarantine in Southampton, the Kiwis are in the middle of a two-match Test series against England. With the all-important WTC Final 2021 fast approaching, both sides are leaving no stone unturned in their preparations.

With the conditions and pitch at the Edgbaston conducive for pacers, fast bowlers from both sides will be raring to go. Both sides are filled with several quality speedsters like Jasprit Bumrah, Mohammed Shami, Ishant Sharma, Trent Boult, Tim Southee, Neil Wagner among others. However, former Indian all-rounder Irfan Pathan has backed Mohammed Shami or Trent Boult to emerge as the leading wicket-taker during the India vs New Zealand final WTC final.

While speaking on Star Sports' show Cricket Connected, Pathan said that in terms of the highest wicket-taker, it will be between Trent Boult and Mohammad Shami. Terming the WTC final as the 'biggest Test match' ever, Pathan reckoned that he believes New Zealand will have a 55-45 advantage in the high-voltage clash.

As per the WTC Final schedule, the WTC Final date is June 18 and the game will be played till June 22. The WTC final time in India is 3:30 PM (IST). A Reserve Day (June 23) has also been set to ensure five full days of play. The Reserve Day will only be used if lost playing time cannot be recovered through the normal provisions of making up lost time each day. Notably, there will be no additional day’s play if a positive result is not achieved after five full days of play and the match will be declared a draw in such a scenario.