Indian pacer Mohammed Siraj is confident of retaining his place in the team and already has plans on combatting New Zealand skipper Kane Williamson. 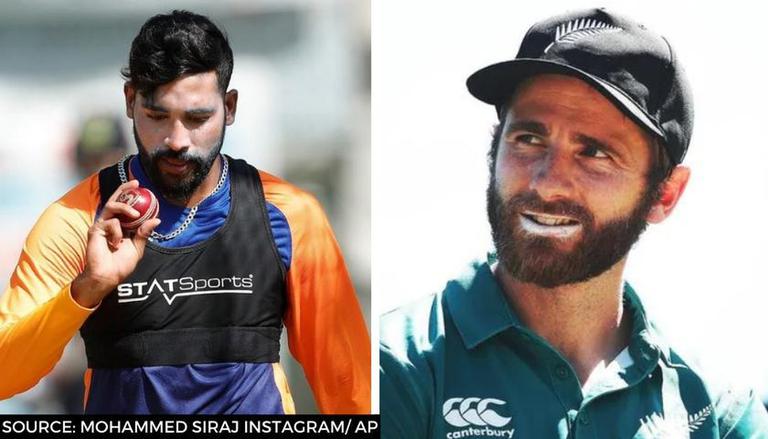 Indian speedster Mohammed Siraj's rise to prominence has been nothing short of spectacular. The right-arm quick's incredible performances against Australia and England recently received plaudits from the cricketing fraternity. Siraj has been named in the India squad for the WTC final, and he will be hoping to retain his spot in the side for high-octane India vs New Zealand clash.

While Siraj's place in India's playing XI for WTC Final 2021 is still in question, the Hyderabad-based pacer is confident of retaining his place in the team and already has plans on combatting New Zealand skipper Kane Williamson. While speaking to ABP News recently, Siraj said that he would try to bowl in a particular spot tirelessly. The Indian speedster added that he would focus on bowling dots against Kane Williamson, the best batsman in the New Zealand line-up, to create pressure on him.

According to Siraj, It will provoke him to go for shots and chances of dismissing him will increase. Speaking about how he will vary his bowling on English pitches as compared to the surfaces Down Under, Siraj reckoned that Australian pitches offer more bounce and pace, which is why he used to bowl back of good length there. However, he opined that in England, there would be more swing, so he will try to make the batsmen play on the front foot.

Siraj also acknowledged that the Kiwis would get more acclimatised to the conditions in England than India as they are slated to play a two-match Test series vs Joe Root's men. Speaking about the same, Siraj stated that they are going through quarantine these days before they leave for England. He added that they had no cricket after IPL 2021 got postponed, but New Zealand will play a Test series against England, and they have reached there much before them, so they will not only be among matches, they will also get more time to adjust to English conditions.

The Indian team is scheduled to play the World Test Championship final against New Zealand at Southampton from June 18-22. The winner of the high-voltage India vs New Zealand game will be crowned maiden World Test Championship winners. After the WTC Final 2021, Virat Kohli's men will take on England in a five-matches test series. The series will begin at Nottingham (Aug 4-8) and will be followed by matches at Lord's (August 12-16), Leeds (Aug 25-29), Oval (Sep 2-6), and Manchester (Sep 10-14).

READ | 'Virat Kohli is most impactful batsman in world': Ex-Pakistan skipper ahead of WTC final