India's MS Dhoni and KL Rahul have often entertained cricket fans with their superlative performances with the bat as well as their stunning glovework. 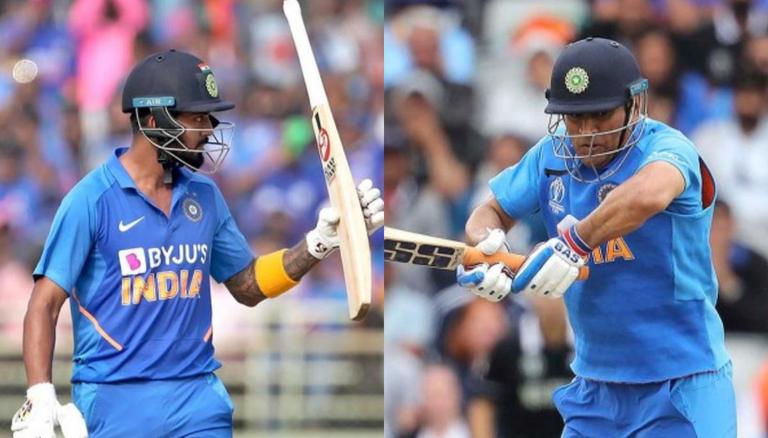 Former India captain MS Dhoni is considered one of the most celebrated cricketers to have ever played the game by many fans. The right-hander's swashbuckling performances with the bat, along with his lightning-quick glovework helped him rise through the ranks quickly soon after his international debut in 2004. After the player's retirement, KL Rahul has stepped into his shoes by donning the wicketkeeper's role in the white-ball matches. However, the two cricketing stars also share a stunning similarity off the field as well.

MS Dhoni's car and bike collection is undoubtedly an enviable one as the champion cricketer has a number of prized possessions in his garage. While he has an extensive collection of cars, his Hummer remains to be one of his most popular purchases. MS Dhoni owns an imported Hummer H2. According to cartoq.com, MS Dhoni’s Hummer is powered by a 6.2-litre V8 petrol engine, which can generate a maximum power of 393 Bhp. The cricketer is regularly seen driving around the famous vehicle. The price of the SUV is estimated to be around INR 75 lakh.

.@msdhoni is off in style with Rishabh Pant & Kedar Jadav!💙

Interestingly, KL Rahul also owns a swanky vehicle which also is reportedly worth INR 75 lakh. The stylish batsman has an equally stylish ride in the form of Mercedes C43 AMG. The vehicle comes equipped with a V6 3-litre engine that can generate a maximum power of 348 Bhp. Apart from the Mercedes, the 29-year-old also owns a Range Rover Velar and a BMW 5 Series according to a report by Filmy Siyappa.

According to caknowledge.com, the MS Dhoni net worth is estimated to be around INR 760 crore. His net worth figure comprises his earnings from the Board of Control for Cricket in India (BCCI) as a former Indian cricket player. MS Dhoni has earned a significant amount of his net worth from IPL, playing for the Chennai Super Kings. MS Dhoni was retained by CSK for INR 15 crore for the IPL 2021. MS Dhoni has earned over INR 152 crore just from his appearances in the cash-rich league.

A look at the KL Rahul net worth

As per Filmy Siyappa, KL Rahul has a net worth is estimated to be around INR 43 crore. The in-form opener takes home an annual salary of INR 5 crore as per the central contract with the Board of Control for Cricket in India (BCCI). In the IPL, Rahul earns INR 11 crore per season from Punjab Kings. Moreover, Rahul has pocketed around INR 48 crore just by playing in the Indian Premier League.