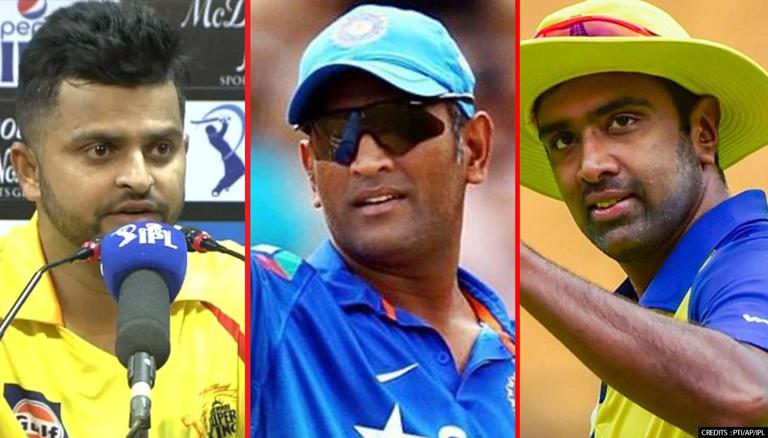 
Suresh Raina and MS Dhoni are two cricketers who are often spoken about in the same breath, particularly for fans of CSK. Their exploits against the opposition in the middle order helped India became one of the most formidable squads in world cricket, especially in the limited-overs format. Recently, Suresh Raina joined his former Chennai Super Kings team-mate Ravichandran Ashwin in a Facebook live chat and discussed MS Dhoni's captaincy secrets.

During the Facebook Live Chat, Ravichandran Ashwin discussed Suresh Raina and MS Dhoni's batting exploits in the middle when they used to play for India. "When you and Mahi Bhai used to bat at 5 and 6 slots in One-Day game it was such an unforgiving place because many times you don't have many runs to show, you are hitting the ball and getting out, you are not stacking up the average, it's one of those thankless jobs and that is exactly where Mahi Bhai brilliance lies," said Ashwin.

Ashwin then asked Suresh Raina what makes CSK different from all the other franchises, to which the left-handed batsman answers, "Like you said it is MS captaincy, he has given a lot of freedom to all the players. You really need to execute. You work hard and do it during the game when you switch on. And the same thing goes for all the coaches. Now we have Balaji, Fleming, Hussey, and a lot of other coaches. I think loyalty sometimes gives you satisfaction. That honesty comes when you try to perform and know that you have a lot of families behind you. So, you just go out and express yourself." Suresh Raina also went on to say that he has learned humbleness from MS Dhoni and the coaches of CSK.

MS Dhoni and Suresh Raina both announced their retirement on India’s Independence Day in 2020 from International cricket within the space of an hour from one another. MS Dhoni and Suresh Raina's exploits in the middle order are widely celebrated. The pair of MS Dhoni and Suresh Raina have remained unbeaten eight times during successful chases in ODI cricket. Only AB de Villiers-JP Duminy (11) stood unbeaten more times in successful ODI chases than Dhoni-Raina. The duo also has 15 fifty partnerships while batting together for 5th and lower wicket in ODIs which also being the highest for any pair. All the nine-century stands in ODI cricket between Dhoni and Raina have come while batting for the 4th and lower wicket; which are the joint-most for any pair. Dhoni also had nine 100 plus stands with Yuvraj Singh in ODIs for the 4th and lower wickets.