Reliance Industries Limited (RIL) have confirmed that they will be owning own one of the teams that will play in the upcoming UAE T20 League. 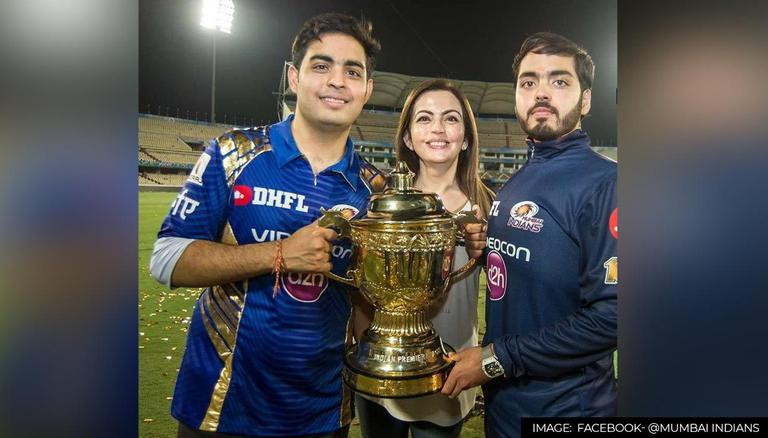 
The Reliance Industries Limited (RIL), owners of the IPL giants Mumbai Indians has confirmed that it will own one of the teams that will take part in the upcoming UAE T20 League. Mumbai Indians are one of the strongest teams in the IPL since its inaugural season, and they have also won the IPL title for a record no. of five times, in 2013, 2015, 2017, 2019, and 2020. Meanwhile, the owner of MI, Akash Ambani, revealed in a recent statement that they will be buying one of the teams in the upcoming tournament.

As per a report by ESPN Cricinfo, revealing the plan to foray into the UAE T20 League in a statement, Akash Ambani said, “We are extremely proud to have created a global franchise in Mumbai Indians, integrated with high values and ethos and our contribution to the Indian cricket ecosystem. We are equally confident of shaping another successful brand in the UAE and bringing in our experiences to benefit the growth of cricket in the UAE”.

The UAE T20 league is going to be played within six teams, and the Emirates Cricket Board (ECB) has sanctioned the tournament while eyeing a window in January-February 2022 to host the inaugural edition. Having already been sanctioned by ECB, the tournament is being spearheaded by a team led by ECB’s vice-chairman, Khalid Al Zarooni, general secretary Mubashir Usmani, and Subhan Ahmed. Ahmed is an advisor to the board and a former senior PCB official, who will now work alongside Zarooni and Usmani by overseeing the operational team.

As per ESPN Cricinfo, welcoming MI’s association with the UAE T20 League, Usmani praised the fact by saying that the trust shown in the tournament by prominent business houses is extremely encouraging. Adding further he praised MI’s professionalism in IPL and admitted the board is confident of their association with RIL by saying, “We are very confident that this association will be mutually beneficial for both RIL and the League and will support cricket development in UAE”. Along with the RIL, the owners of IPL team Kolkata Knight Riders(KKR) are also interested in buying one of the teams in the UAE T20 League, however, there is no official confirmation yet.