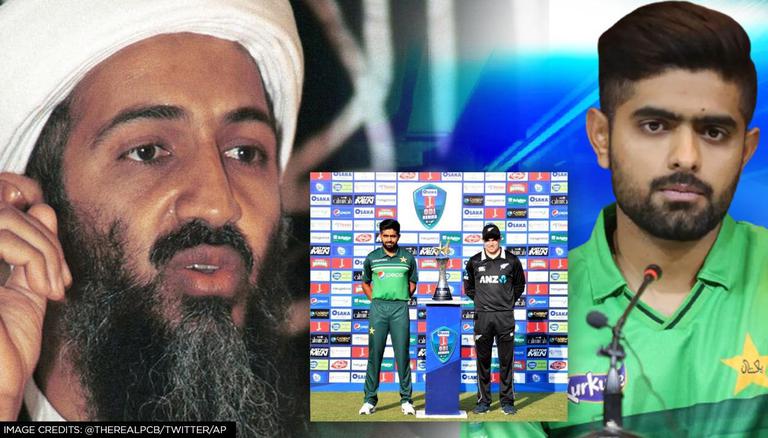 
Pakistan Cricket Team captain Babar Azam on Friday expressed disappointment after the New Zealand Cricket Team abandoned their ongoing tour to Pakistan before the start of the first ODI slated to take place in Rawalpindi. The visitors abandoned the Pakistan vs New Zealand series citing security threats, which the PCB asserted did not exist. As per Pakistan Interior Minister Sheikh Rashid, the New Zealand government had received input of an attack targeting the visitors outside the hotel.

Expressing his disappointment, Babar Azam on his Twitter handle wrote that he has complete faith in his country's security and its capabilities.

Extremely disappointed on the abrupt postponement of the series, which could have brought the smiles back for millions of Pakistan Cricket Fans. I've full trust in the capabilities and credibility of our security agencies. They are our pride and always will be! Pakistan Zindabad!

It is pertinent to point out that the dreaded terrorist Osama Bin Laden was found within a one-kilometre radius of a Pakistan Army establishment in Abottabad by the US Forces following which he was shot dead. Babar Azam has voiced his support to the same Pakistan Army and agencies that shielded Osama Bin Laden following New Zealand's decision to abandon the series due to security concerns.

When osama was hiding near your military area where were your security gone. Please talk sense

Pakistan may be Zindabad in future but in present, it's looking like #Jhingabhaat...
By shouting Zindabad only, a Nation couldn't be so...
Pakistan gave shelters to Osama & weapons to Talibanis... still expect a better gesture from the world just go & played with Terrorists...

Trust me on this - NOBODY, ABSOLUTELY NOBODY wants to go to Pakistan.

The trouble began when the first ODI of the white ball series could not begin on time at the Rawalpindi Stadium on Friday with both teams remaining in their hotel rooms. New Zealand Cricket chief executive David White then issued a statement to say that it was simply not possible to continue with the tour given the advice he was receiving.

New Zealand Cricket Players Association chief executive Heath Mills echoed White's sentiments and said, "The players are in good hands; they're safe  and everyone's acting in their best interests." NZC said it will not comment on the details of the security threat nor the updated arrangements for the departing squad.

The Pakistan Cricket Board, on its part, said that New Zealand had unilaterally decided to postpone the series. "Pakistan Cricket Board and Pakistan Government made foolproof security arrangements for all visiting teams. We have assured New Zealand Cricket of the same. The Pakistan Prime Minister spoke personally to the Prime Minister of New Zealand and informed her that we have one of the best intelligence systems in the world and that no security threat of any kind exists for the visiting team," the PCB said in a statement. The PCB also stated that the security officials with the New Zealand team have been satisfied with security arrangements made by the hosts throughout their stay here.

"PCB is willing to continue the scheduled matches. However, cricket lovers in Pakistan and around the world will be disappointed by this last minute withdrawal. is in danger of being cancelled after the first match of the ODI series could not begin on time on Friday at the Pindi stadium," the statement further mentioned. The series was to comprise three ODIs and five T20 Internationals.