Ahead of the upcoming Ashes, Australia announced Pat Cummins as the new captain of the Test side on Friday after former skipper Tim Paine resigned last week. 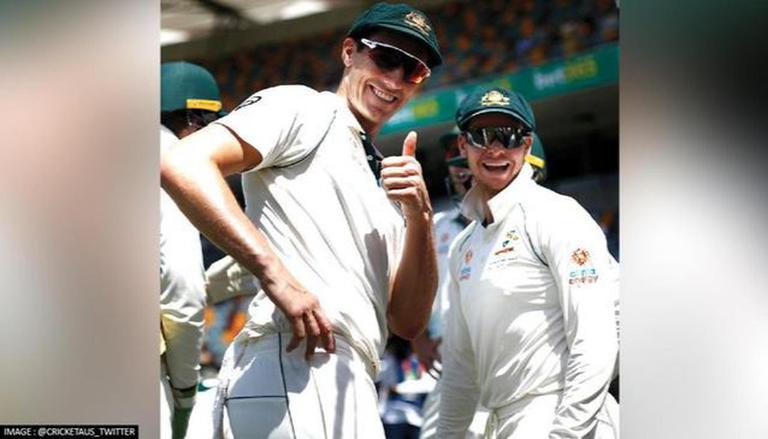 
Ahead of the upcoming Ashes, the Australian cricket team announced Pat Cummins as the new captain of the Test side on Friday after former skipper Tim Paine resigned last week. Paine is taking an indefinite mental health break after a sexting scandal involving the wicketkeeper-batter came to light a week ago.

With Steve Smith being named his deputy, Cummins spoke about the Australian batter's return to a leadership role. Smith, who was Australia's skipper between 2015 and 2018, led the national side the last time the Ashes was played in his country.

As quoted by ESPNcricinfo, Pat Cummins said, "I think there's a couple of more unknowns about having a bowling captain, and that's why from the outset I was absolutely determined if I was captain to have someone like Steve as vice-captain next to me. Obviously, it's not our decision who is captain and vice-captain. I made it pretty clear that if I was given the captaincy that this is how I saw the team running and I tried to bring Steve along for that as well. He's so central to how I see my captaincy style but [also] how I see the team functioning."

Cummins, who was named the captain of the side after serving as vice-captain for almost two years, also discussed his leadership style and personality. "I'm naturally a quite calm person. I'm quite positive. I'll be leaning on everyone. I'm a big one for empowering individuals to own their roles. I very much doubt that I will rest from Test cricket. I have never rested from a game of Test cricket before, so I doubt that will start now," added the Australian pacer.

After being announced as vice-captain, Steven Smith said, "I am pleased to return to the leadership of the team and look forward to helping and assisting Pat in any way I can. Pat and I have played together for a long time, so we know our respective styles well. I've been in a position for the last few years playing as a leader. Now to have the opportunity to be standing here next to Patrick with a formal title, I feel very honoured."

WE RECOMMEND
Pat Cummins reveals his approach to Test captaincy: 'Will be different from past captains'
Cricket Australia drops big hint on Australia's Test skipper after Tim Paine's resignation
'Can you drink out of this cup?' Pat Cummins' quirky reply leaves fans in splits
Steve Smith or Pat Cummins? Harsha Bhogle answers who Australia's next Test captain may be
Australia declares Hezbollah, US-based Neo-Nazi group as 'terrorist organisations'
Listen to the latest songs, only on JioSaavn.com