On Thursday, the International Cricket Council (ICC) CEO Geoff Allardice said that he had not received any communication from PCB chief Ramiz Raja on his ideas. 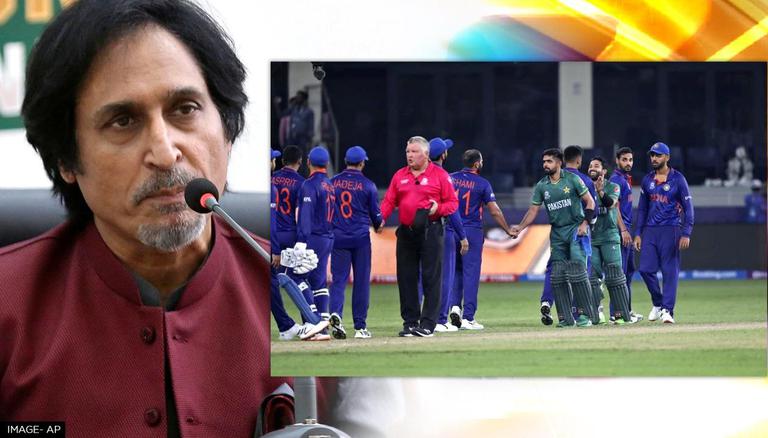 
On Tuesday, the Pakistan Cricket Board's (PCB) chief Ramiz Raja had suggested a unique way that the two sides could face each other more often. He suggested that every year a quadrangular T20I "Super Series" be played between India, Pakistan, England and Australia. He also added that the series be hosted on a rotation basis by the four countries and separate revenue model with profits to be shared on a percentage basis with all ICC members and that he would propose the idea to ICC.

However, on Thursday, International Cricket Council (ICC) CEO Geoff Allardice said that he had not received any communication from Ramiz Raja. He added that until he does not get more details, he cannot comment on anything.

Ahead of India's T20I match against Pakistan in last year's World Cup, Raja had spoken about the lack of matches between the two nations. He recently took to Twitter to suggest a way in which the two nations can play more often against each other. "Hello fans. Will propose to the ICC a Four Nations T20i Super Series involving Pak Ind Aus Eng to be played every year. To be hosted on a rotation basis by these four. A separate revenue model with profits to be shared on a percentage basis with all ICC members. Think we have a winner, (sic)" the PCB chief wrote on Twitter.

The last time the two nations came up against each other was at last year's T20I World Cup. Leading up to the match there were many attacks in Kashmir on Hindus by Pakistan-backed terrorists and there were calls for the match to be called off. But the match was played and Pakistan came out victorious for the first time in a World Cup against India.

After the match, Indian pacer Mohammed Shami was abused on social media which included threats against his family. Then skipper Virat Kohli came out in support of Shami and he, too, was then subjected to online trolling.