Not One Or Two, Rahane And Pujara Have Been Given Ample Opportunities: Vinod Kambli

India vs South Africa: Vinod Kambli while expressing his displeasure wrote that both the cricketers have been given enough chance to bounce back. 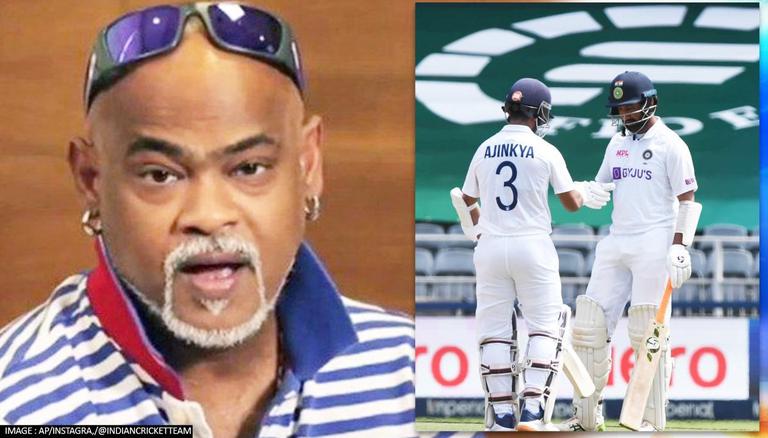 India vs South Africa: Vinod Kambli on the exclusion of Ajinkya Rahane and Chesteshwar Pujara from the Test team

Taking to social media Vinod Kambli while expressing his displeasure wrote that both the cricketers have been given enough chance to bounce back from their poor form. If you look at the previous series they did not perform really well even though they are the experienced campaigners in the team, new players should now be given the opportunity.

How did IND vs SA 3rd Test pan out?

Team India after winning the toss decided to bat first but failed to put up a huge total on board. The batting lineup could only manage to put up 223 runs on board in the first innings with captain Virat Kohli leading the team from the front with a fine half-century. The 33-year old smashed 79 runs off 201 deliveries, which consisted of12 boundaries and a six. In reply, South Africa was dismissed for just 210 runs, handing Team India a lead of 13 runs and also the control of the match.

Despite the upper hand, the Team India batting lineup failed to make the advantage count by putting up poor batting effort in the second innings. Only Rishabh Pant was able to provide some fight by scoring a century in the second innings. Ultimately Team India was dismissed for just 198 runs. Apart from Pant, the other two other batters contributed with double figures, as Kohli and KL Rahul hit 29 and 10 runs. South Africa did not have much trouble chasing down the target of 212 runs set by India. The run chase was anchored by Keegan Petersen who scored a fine half-century. The proteas lost just three wickets and won the contest by 7 wickets. He has adjudged the player of the match as he smacked 72 runs in the first innings before adding another 82 runs in the second innings.