Virat Kohli shared a video on social media where his football shot from outside the box accidentally hit the crossbar. Novak Djokovic gives his opinion. 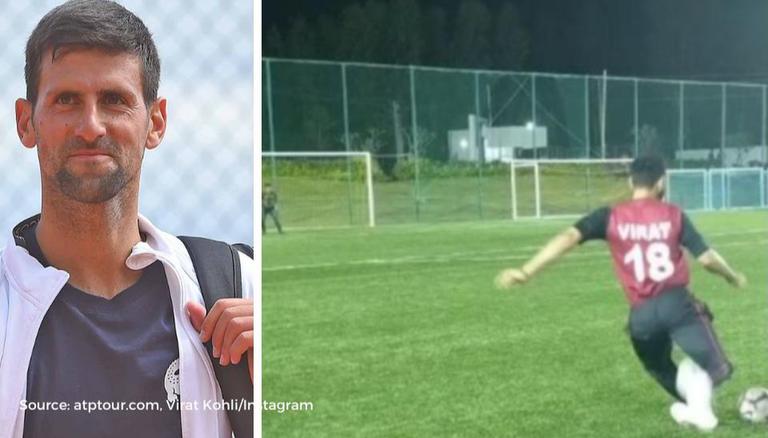 
Indian captain Virat Kohli, who is arguably the best batsman in the world, recently showcased his footballing skills as he pulled off a ridiculous crossbar challenge. Kohli, who is currently quarantining with the Indian Test squad in Mumbai, shared an Instagram video, where he could be seen kicking a football from outside the box. Here is the video of the Virat Kohli Crossbar Challenge and Novak Djokovic's reaction to the same.

Indian cricket captain Virat Kohli not only loves cricket but is also a big fan of football. His love for football is evident as he is the co-owner of the Indian Super League (ISL) club, FC Goa. Moreover, Kohli has never shied away from participating in football matches that have taken place for charity or even during the Indian team's training session.

Hence, when the Indian skipper posted a video clip on Tuesday showcasing his football skills it was bound to go viral. As one can see in the Virat Kohli Instagram video, the Indian captain attempts to shoot at goal from way outside the box. While the 32-year attempts to bend it across to the far post he accidentally hits the crossbar. Hence Kohli terms his video as the "Accidental crossbar challenge."

Novak Djokovic, who is often referred to as the Joker on the ATP Tour, had a laugh when he saw the Virat Kohli Crossbar Challenge. However, it is surprising and hilarious that Nolle's simple reaction earned him more than 8.5k likes. 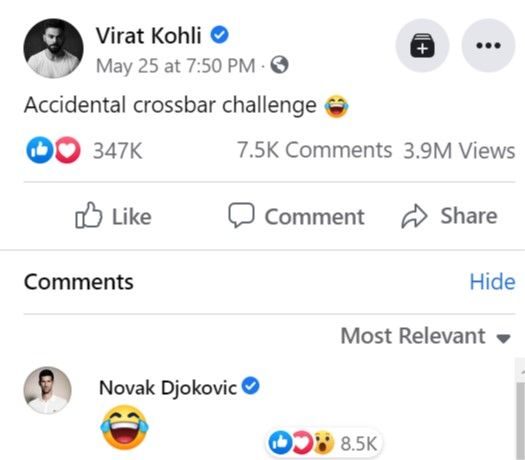 Virat Kohli and the rest of the India squad for WTC Final are currently quarantining at a hotel in Mumbai, from where they are expected to leave for England next month. Kohli will lead the Indian side in the inaugural edition of the WTC final against New Zealand before the Indian team locks horns against England in a five-match test series. The Indian team has already received their first dose of the COVID-19 vaccination and are expected to receive their second dose in the UK under the guidance of the country's health department.