As far as the Indian team is concerned, the Virat Kohli-led side is currently engaged in a five-match Test series against England, which they are leading by 1-0 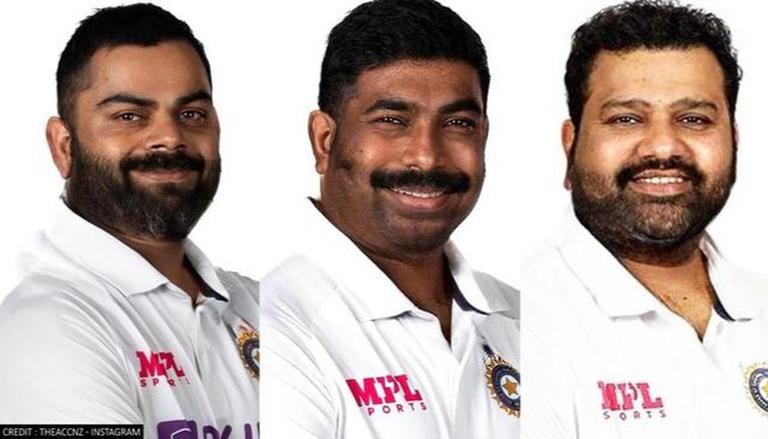 
On Friday, a New Zealand-based Instagram account posted morphed images of Indian cricketers, including captain Virat Kohli, Rohit Sharma, Jasprit Bumrah, and Rishabh Pant. The account, which is part of the Alternative Commentary Collective (ACC), posted photos of Indian cricketers with their faces superimposed on what looks to be an image of Mohammed Shami. The handle jokingly captioned the post saying, "We’re probably gonna get more death threats for this one…"

The post has garnered significant engagement since being shared on the internet. Social media users have taken to the comments section of the post to react to the altered images of Indian players. One individual jokingly wrote, "You forgot to edit Pant" referring to the Indian wicketkeeper-batsman and Shami's similar physique types. Another user taking a jibe at the caption wrote, "Not until you use MSD's pic". However, most commenters agreed that all of them look older than they are. Other Indian players, whose images have been altered in the post, are Ishant Sharma, Ravindra Jadeja, and Cheteshwar Pujara.

Interestingly, this is the same website that had shared a meme insulting Virat Kohli after India's defeat against New Zealand in the World Test Championship final. The website had shared a picture showing a man with a strap around his neck held by a young woman. The website named the man Virat Kohli and the woman represented Kyle Jamieson, who picked the Indian skipper's wicket in the first innings of the WTC final. Jamieson was phenomenal with the bowl as also picked a fifer in the first innings.

As far as the Indian team is concerned, the Virat Kohli-led side is currently engaged in a five-match Test series against England, which they are leading by 1-0. The first match between the two sides ended in a draw and the second match at Lord's was won by India by a whopping 151 runs margin. Both countries will lock horns in the third Test, starting August 25 in Headingley. While India will look to maintain the lead and win the match at Leed's, the hosts will be eager to bounce back and level the series once again.