As New Zealand called off their Pakistan tour on Friday, have a look at six such instances in the past when the series' were abandoned due to security concerns. 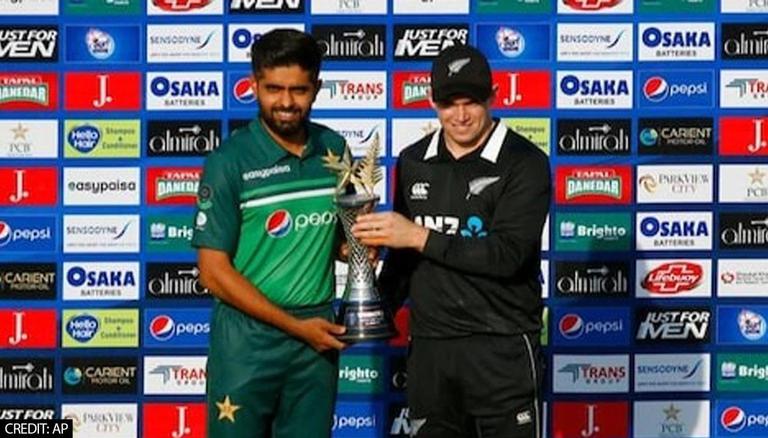 
The New Zealand cricket team abandoned its tour to Pakistan ahead of the first ODI match, after a security alert was issued on Friday. Both the sides were supposed to start the first ODI of the three-match series, before playing the five-match T20I series but neither of the teams left their hotels on the morning of the match and even spectators were not allowed inside the stadium. However, this was not the first time when a series or match was cancelled due to security reasons. Let’s take a look at six such instances mentioned below-

The 1996 Cricket World Cup was hosted by India, Pakistan, and for the first time by Sri Lanka. However, Sri Lanka had a tough time leading up to the tournament as the Central Bank of Colombo was bombed just one month prior to the World Cup. Due to the various security concerns in the country, West Indies and Australia, who were supposed to play a game in Sri Lanka pulled out of the match. Both the teams faced each other in the semi-finals that Australia won. On the other hand, Sri Lanka clinched their maiden Cricket World Cup by defeating Australia in the finals.

Another instance when New Zealand pulled out of a series in Pakistan was back in 2002. Earlier in 2001, New Zealand was supposed to travel to Pakistan, but the horrific attack on the World Trade Center made the Blackcaps back out of the series. However, another schedule was proposed by Pakistan in 2002 with high-security assurance, which the Kiwis accepted. The first Test match was played out in Lahore, but just before the start of the second Test in Karachi, a bomb exploded close to the hotel where the Blackcaps were staying. New Zealand pulled out of the tour with immediate effect and have ever since toured Pakistan only once in the 2003-04 season.

England was scheduled to play seven ODIs and two Tests during their tour of India in 2008 but left the tour mid-way after losing the first five ODIs as India saw the deadly terror attacks on the Taj Hotel in Mumbai. England flew to Abu Dhabi, owing to the threat over Western India as the two Test matches were supposed to be played in Ahmedabad and Mumbai. However, England returned and both the teams completed the series by playing the two matches in Chennai and Mohali after being provided with president-level security.

The cricketing world saw the most horrific terrorist attack in history during Sri Lanka’s tour of Pakistan in 2009. India, who were earlier scheduled to tour Pakistan in February of 2009, backed out after the gruesome attack on the Taj Hotel in Mumbai the previous year. However, Sri Lanka accepted a late invitation and decided to fill it in for India. While going for a practice session, the Sri Lankan team bus was attacked by a group of armed men and left many Lankan players with serious injuries. Some of the Pakistani police personnel had to sacrifice their lives in order to escort the Lankan team safely into the stadium, where they were picked by a helicopter and sent back to Colombo.

The New Zealand Cricket announced just minutes before the start of the tour’s first ODI match that the series will be called off following the escalation in the New Zealand Government threat levels for Pakistan. The tour comprised of three ODIs and three T20s is now abandoned by New Zealand, as they prepare to leave the country. This was the Kiwi team’s first tour to Pakistan in 18 years which now stands cancelled.