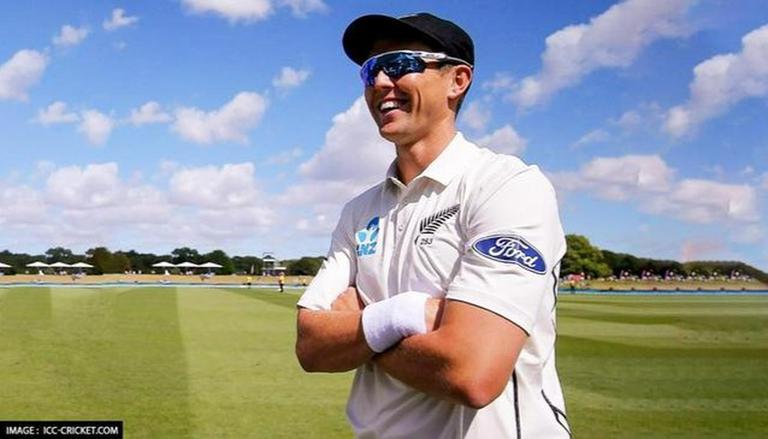 
New Zealand’s superstar speedster Trent Boult made headlines on Day 2 of the ongoing England vs New Zealand second Test match at the Trent Bridge stadium in Nottingham, United Kingdom for a reason that is not related to his bowling. While Day 2 of ended with England's score at 90/1 in 26 overs, the visitors earlier ended their first batting innings with a massive score of 553 runs. En route to the first innings total, the Kiwi pacer scored a total of 16 runs in 18 balls and became the highest run-scorer at the no 11 position in Test cricket.

Boult equaled former Sri Lanka spinner Muttiah Muralitharan’s run tally at the no. 11 position by taking his tally to 623 runs. It is pertinent to mention that the left-arm bowler took a total of 78 innings at the position to achieve the milestone. On the other hand, Muralitharan batted at no. 11 in a total of 98 innings during his cricketing career.

Trent Boult gets heaped with praises on social media

We need a 'Is Trent Boult Batting?' account on this platform. It's the need of the hour.

Trent Boult now of course has the joint most Test runs at no.11.

I was intrigued by the 13 times he has *NOT* batted at 11. In 8 of them, he was above the Bunny’s Bunny Chris Martin.

Quiz question - who are the other two players Boult has batted above?#ENGvNZ🏏🏴󠁧󠁢󠁥󠁮󠁧󠁿🇳🇿#WTC23 pic.twitter.com/077L3bERBV

What else happened on Day 2 of the ENG vs NZ, 2nd Test?

Coming back to the match, Kiwi batter Daryl Mitchell scored 190 runs in 318 with the help of 23 fours and four sixes and helped the visitors reach a massive total. Wicketkeeper Tom Blundell also made headlines for scoring 106 runs in 198 balls, with the help of 14 fours. While Boult hit 16* runs during his stay at the crease, opener Will Young, Devon Conway and Michael Bracewell also hit 47, 46 and 49 runs respectively.

Mitchell’s impressive batting effort in the first innings was followed by the cricketer dopping two important catches in the second innings. He dropped the crucial catches of Alex Lees and Olli Pope, but will certainly be forgiven by his teammates because of the damage he did with the bat. Boult removed opener Zak Crawly in the 2nd over of the second innings, as the day’s play came to a close with England finding themselves at 90/1.