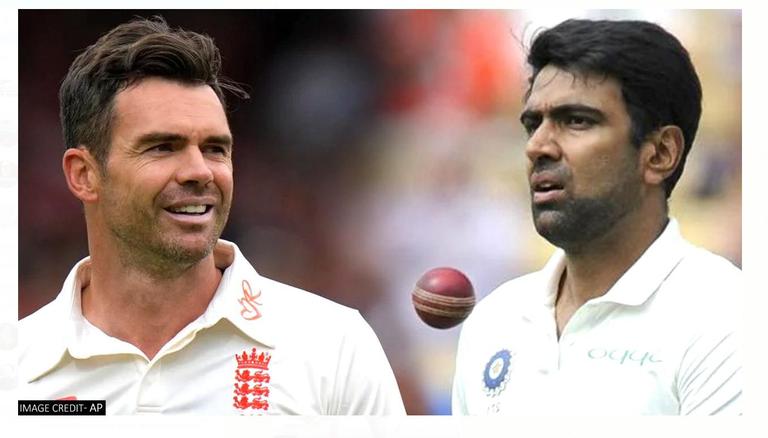 
Veteran England pacer James Anderson was recently in the news after facing a bouncer barrage from India's Jasprit Bumrah in the recently-concluded second Test match at Lord's.

Anderson is in the news again, but this time for performing a distasteful act over two years ago, the video of which has gone viral on social media.

In a video that came out in March 2019, James Anderson was seen shredding senior Team India offie Ravichandran Ashwin's picture due to the latter's involvement in the infamous Mankading controversy that also featured Anderson's England team-mate, Jos Buttler.

The incident took place during an IPL 2019 league match between 2008 winners Rajasthan Royals and 2014 finalists Punjab Kings, (then known as Kings XI Punjab) at Jaipur's Sawai Mansingh Stadium. It so happened that Ravichandran Ashwin had run out star English batsman Jos Buttler when the latter had walked out of his crease while the off-spinner was about to deliver the ball. What really stood out here was that the then Punjab skipper i.e. Ashwin had dislodged the bails without even giving a formal warning to the batter.

Buttler's wicket was the turning point as Punjab won the contest but R Ashwin was criticised for his action by former cricketers and experts. However, there were many who had backed him as well.

Nonetheless, the gatekeeper of the rules of cricket, MCC ended all the debate on the 'Mankad' controversy surrounding Ravichandran Ashwin and Jos Buttler, stating that the Tamil Nadu cricketer skipper was at fault in that incident and that he paused for a bit too long which resulted in the Rajasthan Royals (RR) batter leaving the crease and subsequently getting run out.

England vs India: Hosts lose the plot on Day 5 of Lord's Test

Coming back to the Lord's Test match, Day 5 began on a horrendous note for India as they lost their last recognised batter Rishabh Pant when he was caught behind by Jos Buttler off Ollie Robinson early on. However, the tail-enders Mohammed Shami and Jasprit Bumrah helped the visitors stage a remarkable comeback despite the English bowlers resorting to a bouncer barrage.

Shami scored a vital half-century (56*) and Bumrah played a great supporting knock of 34*. The duo added an unbeaten 89 run-stand for the ninth wicket before Kohli declared the Indian innings thereby setting the hosts a stiff target of 272 runs.

England in return was reduced to 1/2 as both their openers were dismissed within the first two overs. The onus was on Skipper Joe Root to save the Test match for his team and he tried his level best to keep England in the contest but that was not to be as he was dismissed for 33 when Bumrah induced an outside edge from his bat with Virat Kohli completing a simple catch at first slip.

Wicket-Keeper batter Jos Buttler then scored a vital 25 but found no support from the middle and lower order as the Indian bowlers proved to be too good for them. In the end, Mohammed Siraj castled the number 11 batsman James Anderson as England were skittled for just 120 with more than eight overs left in the day's play.