Ollie Robinson Suspended By ECB Amid Probe Into Contentious Tweets; To Miss 2nd Test Vs NZ

In a big development, the ECB suspended pacer Ollie Robinson from international cricket post outrage over his racist and sexist tweets posted in 2012-13. 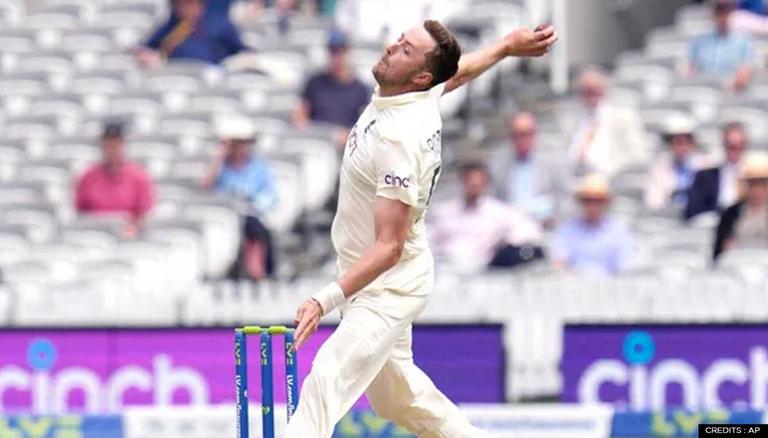 
In a major development, the England and Wales Cricket Board suspended pacer Ollie Robinson from international cricket following the outrage over his racist and sexist tweets posted in 2012-13. Incidentally, the tweets became a subject of controversy on June 2 when he made his Test debut against New Zealand at the Lord's. The 27-year-old Sussex player's suspension will be reviewed only after the completion of a disciplinary probe, the ECB revealed in a statement.

The ECB announced, "England and Sussex bowler Ollie Robinson has been suspended from all international cricket pending the outcome of a disciplinary investigation following historic tweets he posted in 2012 and 2013. He will not be available for selection for the LV= Insurance second Test against New Zealand starting at Edgbaston on Thursday 10 June. Robinson will leave the England camp immediately and return to his county."

Featuring in a bowling unit featuring James Anderson and Stuart Broad, he narrowly missed out on the Lord's Honours Board after picking up 4 wickets for 75 runs in the first innings. In fact, he emerged as the joint-second highest scorer for his side in the first innings with a 101-ball 42 and gave more trouble to the NZ batsmen by bagging 3 scalps in the second innings. Chasing a target of 273, England ended up scoring 170 runs with the loss of three wickets at stumps on the fifth day and settled for a draw on the fifth day

Making his debut for Sussex in 2015 at the age of 21, Ollie Robinson has played 64 first-class games bagging 286 wickets at an average of 20.88 besides scoring 1709 runs at an average of 22.48 with one hundred and seven 50s. In April this year, he registered his career-best bowling figures of nine for 78 in an innings as Sussex beat Glamorgan by 8 wickets.

In the List A format, he has 14 wickets to his name while scoring 122 runs. While he has not represented England at the national level before the Test series versus the Kiwis, he became a decent start in his T20 career. So far, he has taken 40 wickets in 44 T20 games at a strike rate of 19.60.

After the end of day one, Robinson issued a formal apology for his controversial tweets drew flak. Maintaining that he is not racist and sexist, the pacer affirmed that he has matured as a person and fully regrets the post. He said, "I will continue to educate myself, look for advice and work with the support network that is available to me to learn more about getting better in this area. I am sorry, and I have certainly learned my lesson today".

READ | Rohit Sharma can get 3 100s in 5 Tests vs England if he overcomes two factors: Gavaskar

His statement added, "Over the past few years, I have worked hard to turn my life around. I have considerably matured as an adult. The work and education I have gained personally from the PCA, my county Sussex and the England Cricket Team have helped me to come to terms and gain a deep understanding of being a responsible professional cricketer. I would like to unreservedly apologise to anyone I have offended, my teammates and the game as a whole in what has been a day of action and awareness in combatting discrimination from our sport."