'One More Use Of Mobile Phones': Deepak Chahar Shows How To Play TT Without Racket; WATCH

Deepak Chahar returned to the national side in August last year after missing out on playing competitive cricket for India for more than five months. 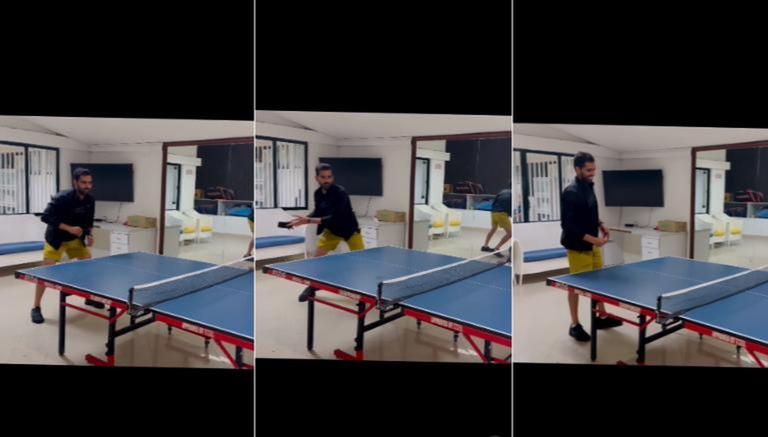 
Indian bowler Deepak Chahar recently took to social media to share a video of him playing table tennis with his smartphone. n the video, Chahar can be seen using his smartphone instead of a racket to play the game with his opponent. Chahar turned to his official Instagram handle to share the video of the same. "One more use of mobile phones," the 30-year-old wrote in the caption of his post.

Chahar's opponent was not visible in the video but the Indian bowler was seen winning the game with a smash. The video has garnered more than 30,000 likes since being shared a few hours ago. Many fans turned to the comment section of the post to share hilarious remarks with one jokingly asking Chahar to play carefully or else he might suffer another injury. "Me with my ex's phone," another user wrote.

Chahar returned to the national side in August last year after missing out on playing competitive cricket for India for more than five months. He was part of the Indian squad that competed in three T20Is against the West Indies in February. However, he sustained an injury in the series and was ruled out of cricket, including IPL 2022. Chahar made a comeback during the white-ball series against Zimbabwe in August.

Chahar was added to the Asia Cup 2022 main squad after travelling to the UAE as a reserve. He played against Afghanistan in the tournament. In October of the same year, Chahar suffered a fresh injury while training ahead of the ODI series against South Africa. The injury forced him out of the World Cup race as he was seen as the front-runner to replace Jasprit Bumrah. He returned to the team for the ODI series against New Zealand and Bangladesh but was ruled out after suffering another injury.

Chahar has played a total of 13 ODIs and 24 T20I games for India since his international debut in 2018. He has picked 16 wickets in 50-over cricket and 29 wickets in the shortest format of the game. Chahar has also scored two half-centuries for India in ODIs.