PAK Vs NZ: Monty Panesar Feels For Pakistan After Tour Cancelled Due To Security Concerns

Monty Panesar said that he felt sorry for Pakistan cricket after the first ODI between Pakistan vs New Zealand was called off due to 'security concerns.' 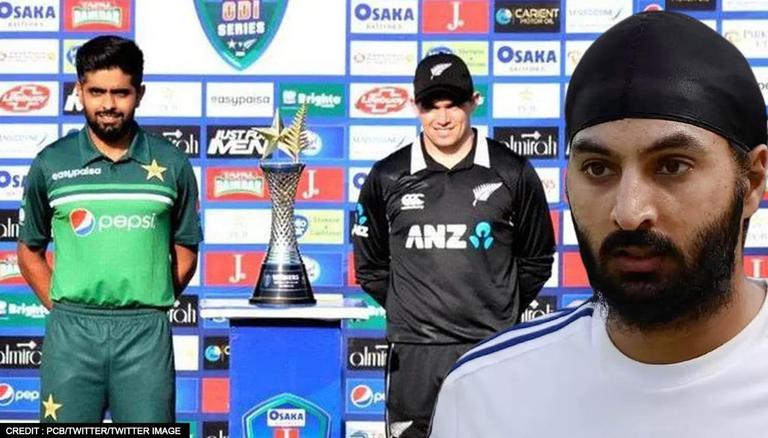 
Former England spinner Monty Panesar said that he felt sorry for Pakistan cricket after the first ODI between the country and New Zealand was called off on Friday due to 'security concerns.' However, he insisted that security concerns must be taken seriously. After the postponement of the PAK vs NZ ODI series, the Pakistan Cricket Board (PCB) issued a statement, laying the blame on New Zealand for not remaining patient, and walking out of the series.

The Blackcaps decided to end the series prematurely following a security alert from their government. Panesar defended New Zealand's stance and insisted that 'every team has the right to stay at home' if there is any fear.

While speaking to ANI, Monty Panesar said that he feels sorry for Pakistan, as they deserve to play international cricket in their country. "I feel for Pakistan cricket, and they deserve International cricket in their country, but any security fears should be taken seriously. Once the sports bodies feel it's safe they should encourage their national team to tour Pakistan," said the former England spinner.

The BLACKCAPS are abandoning their tour of Pakistan following a New Zealand government security alert.

Arrangements are now being made for the team’s departure.

Panesar added, "Security of any citizen is a priority, and if there are any doubts or fears over security, every team has the right to stay at home." The Blackcaps were going to play their first match on Pakistan soil since 2003. After the series was cancelled, PCB issued a statement, highlighting that they had made foolproof security arrangements.

PCB claim they had made 'foolproof security arrangements

"Earlier today, the New Zealand cricket board informed us that they had been alerted to some security alert and have unilaterally decided to postpone the series. PCB and Govt of Pakistan made foolproof security arrangements for all visiting teams.

We have assured the NZ cricket board of the same. The Prime Minister spoke personally to the Prime Minister of New Zealand and informed her that we have one of the best Intelligence systems in the world and that no security threat of any kind exists for the visiting team.

The security officials with the NZ team have been satisfied with security arrangements made by the Govt of Pakistan throughout their stay here.

PCB is willing to continue the scheduled matches. However, cricket lovers in Pakistan and around the world will be disappointed by this last-minute withdrawal."