WI captain Nicholas Pooran decimated the Pakistan batting line-up as he picked four of the five wickets in his 10-over spell before a dust storm stopped play. 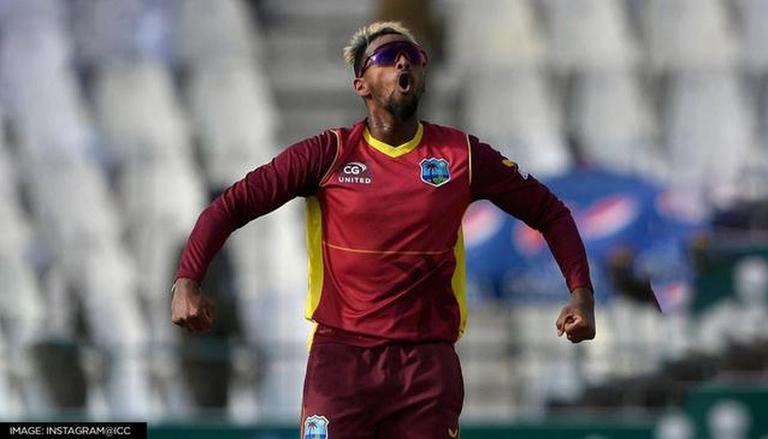 
After losing the first two ODIs in the three-match series against Pakistan, West Indies seem to have bounced back in the third match with skipper Nicholas Pooran leading from the front, not with the bat or the gloves, but interestingly, with the ball. The 26-year-old decimated the Pakistan batting line-up as he picked four of the five wickets in his 10-over spell before a dust storm halted play.

As seen in the two videos below, West Indies skipper Nicholas Pooran stepped up with the ball and bowled some outstanding deliveries to dismiss some in-form Pakistani batters. His first victim was opener Fakhar Zaman, who scored 35 runs off 48 deliveries.

Zaman's wicket was just the start of Pooran's list of victims for the day as the Windies captain then also dismissed in-form opener Imam-ul-Haq, who has made fantastic contributions of 65, 72 and 62 runs this series. Shortly after, Pooran also dismissed wicket-keeper Mohammad Rizwan before picking up the wicket of Mohammad Haris. He ended with outstanding figures of 4-48 and could likely be the player of the match if West Indies go on to win this clash.

Prior to this match, Pooran had interestingly bowled just three balls and now he has a four-wicket haul to his name, a feat that has left fans in sheer disbelief. Former West Indies fast bowler Ian Bishop drew parallels between Nicholas Pooran's outstanding bowling performance with that of legendary Sri Lankan spinner Muttiah Muralitharan, who is known to be one of the best bowlers of all time.

In another indicator of what is possible, Nicholas Pooran turns his arm over and gets 4 wickets! @SunRisers??

What? Pakistan have lost 3 wickets to Nicholas Pooran?

A bowler who had bowled just 3 balls in ODIs before this match and only an over in FC (took 1 wicket) before today. Amazing.

Nicholas Pooran has just grabbed 2 wickets in one over!🤯 Pakistan are four down!

Nicholas Pooran, who never bowled a single over in an ODI before, clinched 4 wickets against Pakistan in the 3rd ODI 🤯

Pakistan have already clinched the three-match ODI series, having won the first two matches against the West Indies. The Babar Azam-led side registered a five-wicket win in the first ODI after chasing down the target of 306 with four balls to spare. They followed that performance with a dominating 155-run win in the second ODI after dismissing the Windies for just 155 runs in the second innings.