Former Pakistan fast bowler Yasir Arafat recently suggested that he would have preferred seeing someone like MS Dhoni captaining the Pakistan cricket team. 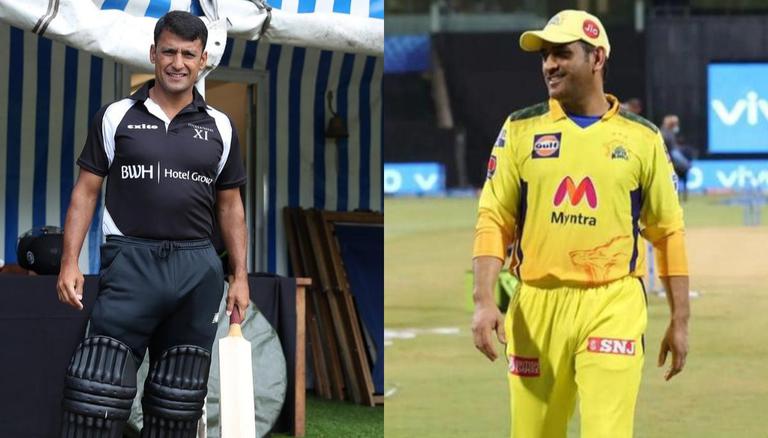 Former India captain MS Dhoni achieved monumental success as the leader of the Indian cricket team. In his illustrious career, Dhoni won a number of accolades as the skipper, and many fans consider his contribution towards the success of the national team as unparalleled. Former Pakistan bowler Yasir Arafat is the latest one in the cricket fraternity to extoll the wicketkeeper-batsman. Furthermore, he also suggested that the Pakistan cricket team is in need of someone like MS Dhoni currently.

Yasir Arafat wants someone like MS Dhoni to lead Pakistan

Since taking over as the team's captain in 2007, MS Dhoni led India to a number of famous victories in his career. The wicketkeeper-batsman is widely praised for his tactical genius and his composed on-field demeanour made him a cut above his contemporaries. Ex-Pakistani pacer Yasir Arafat in his conversation with Sports Yaari heaped praises on the Indian cricket star.

The right-arm bowler reckoned that he would have loved to hand Pakistan's captaincy reins to MS Dhoni if the veteran cricketer had not called it quits from the highest level. The 39-year-old indicated that Dhoni has man-management skills and knows how to bring out the best from his players. While talking about the current crop of players in Pakistan cricket, Afrafat mentioned that the country has no dearth of talents, but they a leader like MS Dhoni to change their fortunes.

A look at the MS Dhoni captaincy record in international cricket

During his time as the team's skipper, the Ranchi-born cricketer claimed three ICC trophies including the T20 World Cup (2007), 50-over World Cup (2011) and Champions Trophy (2013). When it comes to the longer format, Team India played 60 matches under the captaincy of Dhoni. During MS Dhoni’s Test captaincy period between 2008-2014, the Indian team won 27 Test matches while losing 18 matches with 15 matches ending in a draw. The winning percentage of the Indian team under MS Dhoni’s captaincy is 45 with a loss percentage of 30 and a W/L ratio of 1.5.

Having led India in 72 T20Is, MS Dhoni has played most matches as captain in the shortest format in international cricket. The Indian team went on to claim victories in 41 of those fixtures. Moreover, he has a win percentage of 59.28 in the format. The dynamic leader has also captained the side in 200 ODIs, wherein the team has won on 110 occasions. The winning percentage in 50-over cricket for India under Dhoni is 59.52.

The countdown is down to 1 week now! ⏳

Get behind #TeamIndia 🇮🇳 as they are all set to take on New Zealand in the #WTC21 Final 🙌 pic.twitter.com/tGXFp4n0Ld