The Pakistan Cricket Board on Monday informed that a three-member panel later decided to let go of Naseem to ensure the safety of other participants. 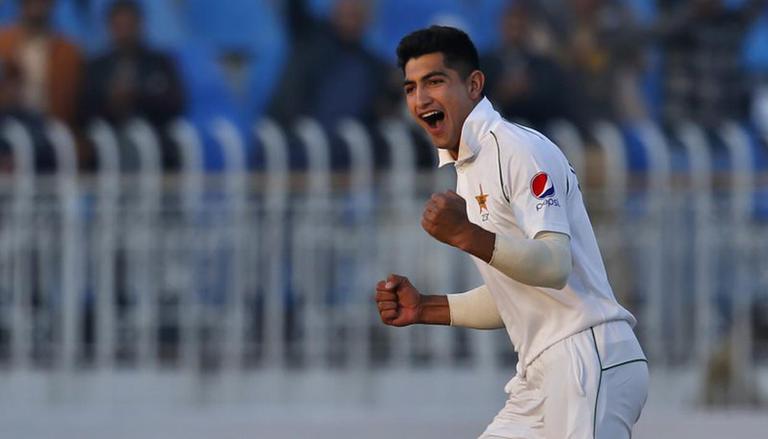 
The Pakistan Cricket Board (PCB) on Monday expelled young pacer, Naseem Shah, from the remainder of PSL 6 over an alleged breach of COVID-19 protocols. According to a press release issued by the board, Naseem Shah has been released from the isolation in Lahore after he breached the protocols for departure from Pakistan, where players were required to present a negative RT-PCR test result taken not more than 48 hours prior to arrival. However, Naseem allegedly produced a test result that was conducted on May 18, following which he placed into isolation.

The Pakistan Cricket Board on Monday informed that a three-member panel later decided to let go of Naseem to ensure the safety of others involved in the smooth conduct of the marquee event. Naseem plays for Quetta Gladiators in the Pakistan Super League (PSL) and also represents Pakistan at the highest level. The PCB also thanked Quetta Gladiators for accepting the decision and allowing Naseem to go back home. Naseem and other Pakistani players, who are part of PSL 6, were asked to gather at team hotels in Karachi and Lahore on Monday, from where they were scheduled to leave for the UAE on May 26.

"The PCB doesn’t take any pride in releasing a young fast bowler from its marquee event but if we will ignore this breach, then we will potentially put at risk the entire event. We appreciate Quetta Gladiators for accepting this decision as it confirms we are all aligned to strictly following and implementing the protocols," Babar Hamid, Director of HBL PSL 6, said in a statement.

The sixth edition of the Pakistan Super League (PSL 2021) was postponed indefinitely with immediate effect on March 4 after six players featuring in the competition tested positive for COVID-19. It was announced last month that the Pakistan Cricket Board would organise the remainder of PSL matches in UAE after the conclusion of the Indian Premier League (IPL) 2021 edition in India, where most of the technicians were booked until May 31.

READ | 'PSL can't compete with IPL, it's at a different level': Pakistan's Wahab Riaz concedes
READ | PSL 6 to go ahead as planned after PCB receives all necessary approvals from UAE govt
READ | Shahid Afridi ruled out of PSL 6 with lower back injury; Multan Sultans name replacement
First Published: 25th May, 2021 10:39 IST
SUBSCRIBE TO US