Parthiv Patel Makes Tall Statement On Ajinkya Rahane; 'he Might Not Play Again For India'

Former Indian cricketer Parthiv Patel has reckoned that Ajinkya Rahane might have already played his last innings for the national team. 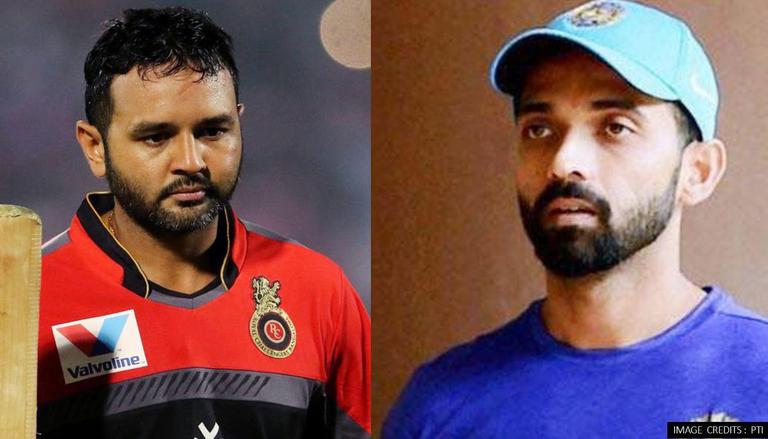 
Former Indian cricketer Parthiv Patel has reckoned that Ajinkya Rahane might have already played his last innings for the national team. This statement comes after Rahane's disastrous form of late. In the Test series in England, the right-hander didn’t find it going easy as he managed to score only 109 runs at an average of 15.57. Barring the 61 he scored in the second innings of the Lord’s Test, Rahane looked out of sorts in the first four games of the series.

Parthiv Patel, who played 25 Tests, 38 ODIs and two T20Is for India, said that Rahane’s numbers in Test cricket have decreased significantly in the last few years and speaking on Aakash Chopra's Youtube channel, he put forth his opinions on the Indian Test vice-captain.

We are seeing the technical faults: Parthiv Patel

Rahane's form in the India vs England test series received a lot of flak and Parthiv Patel feels that it very well could have been the last time we saw the Indian Test vice-captain in action. "I feel it might have been Ajinkya Rahane's last innings. Rahane's peak batting average of 51.4 in 2016 and from there he has come to 39. The form has gone down considerably, which means the consistency is not there, there is no doubt about that. There is definitely a pattern for Ajinkya Rahane. There will definitely be questions asked about players who are not consistent," he quipped.

Patel mentioned that Rahane needs to work on his batting technique in order to arrest his slump. He also felt that the middle-order batter needs to get a big score under his belt to silence his critics for some time.

"We are seeing the technical faults. The front shoulder has opened up because of which his foot is not going forward. He is playing from the crease many times" he added.

Interestingly, Rahane was India’s leading run-scorer in the inaugural edition of the World Test Championship. In 30 innings, he scored 1159 runs with three tons and six fifties. He was also one of the two batters for India along with Rohit Sharma, to have scored more than 1000 runs in the 2019-21 WTC.