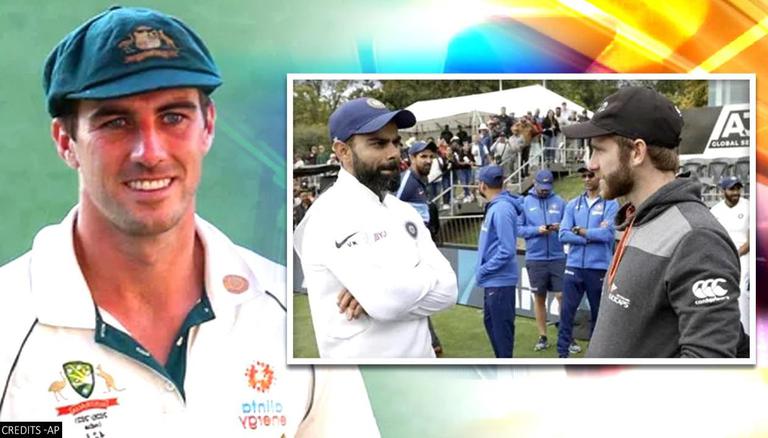 
Australian pacer Pat Cummins has revealed which team has the upper hand in the inaugural edition of the ICC World Test Championship final that will be played at Ageas Rosebowl in Southampton between June 18-22.

India and New Zealand, who are currently the top two Test sides will be locking horns in a one-off Test match i.e. the WTC final for the biggest prize in the game's longest format.

"It will be a good match. There has been a lot of rain in England and from the conditions point of view, it is closer to New Zealand's. It is going to be interesting as both teams haven't played a Test match since a couple of months. It is a one-off so anything can happen. But the conditions would suit New Zealand more than India.", said Pat Cummins while replying to a fan's query on his official YouTube channel.

What prompted Pat Cummins to pick NZ as favorites?

The Kiwis were benefited from rain when both teams had competed in the high-voltage clash of World Cup 2019 semi-final clash at the Old Trafford, Manchester back in July 2019 which was a two-day affair.

The play had to be halted on the originally scheduled date due to rain as a result of which no play was possible on that particular day. India had New Zealand on the mat despite having lost the toss and being asked to field first.

READ | Pat Cummins dubs Virat Kohli, Babar Azam among other batsmen as toughest to bowl to

When play resumed the next morning, Kane Williamson & Co. somehow managed to crawl their way towards 239/8 in their quota of 50 overs. India in reply were reeling at 5/3 before the fifth over as their top three batsmen were back in the pavilion within the blink of an eye in what seemed to be a regulation chase.

They were soon reduced to 24/4 and 92/6 before the lower middle-order duo of Mahendra Singh Dhoni (50), and, Ravindra Jadeja (77) fought back by adding 116 runs for the seventh-wicket stand. However, with the asking rate getting steeper, both of them had to take huge risks and the latter perished by attempting a big shot to match up with the asking rate in the 47th over and when Dhoni was run in the following over, it was curtains down for the Men In Blue as the table-toppers of the league stages crashed out after running out of fire & brimstone in yet another knockout match.

The BlackCaps on the other hand qualified for their second successive World Cup final but ran out of luck and went on to lose the decider to the hosts and first-time winners England due to an infamous boundary count rule.

READ | Is Pat Cummins finger cut? Fans query online as to what happened to Pat Cummins
First Published: 28th May, 2021 07:44 IST
SUBSCRIBE TO US

WE RECOMMEND
Pat Cummins reveals how he shockingly lost whopping 6.5 kgs in a single day
Is Pat Cummins finger cut? Fans query online as to what happened to Pat Cummins
Pat Cummins calls Rohit Sharma a 'gun', lauds his valor while facing Australia
Last ball. 6 runs required. MS Dhoni on strike: Pat Cummins's plan is every bowler ever
Pat Cummins dubs Virat Kohli, Babar Azam among other batsmen as toughest to bowl to