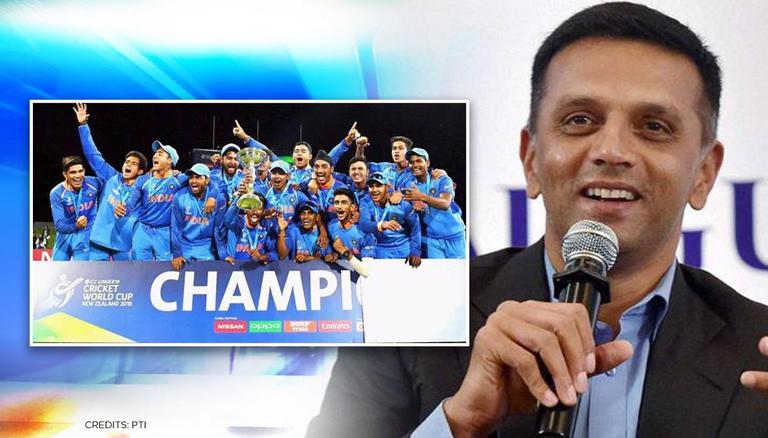 
Former Indian skipper Rahul Dravid has given special mention to  India's tremendous bench strength by saying that if a player is on an India A tour with him, then it is the batting great's duty to ensure that the player at least gets to play a game.

Rahul Dravid on the importance of nurturing new talent

"I tell them upfront, if you come on an A tour with me, you will not leave here without playing a game. I've had that personal experience myself as a kid: going on an A tour and not getting an opportunity to play is terrible. You've done well, you scored 700-800 runs, you go, and you don't get a chance to show what you're good at. Then you're back to square one from the selectors' point of view because the next season you have to score those 800 runs again. It is not easy to do that, so there is no guarantee you'll get a chance again," said Rahul Dravid while speaking to ESPNCricinfo on The Cricket Monthly.

"So. you tell people upfront: this is the best 15 and we are playing them. This is not about the supposed best XI. At U-19, we make five-six changes between games if we can", Furthermore, Rahul Dravid also added that there is no dearth of facilities for today's budding cricketers which was not the case during his playing days.

"Playing on the beach and playing on the road doesn't make you a cricketer. It makes you someone who loves the game. That's what we had. We had a lot of people who loved the game. Unless you give that guy a proper matting wicket or a turf wicket unless you give him some half-decent coaching, some half-decent fitness assistance. Where was all this in the 1990s and the 2000s? There was no access to it. We were starved of knowledge. Even in terms of fitness, we used to look at the Australians and South Africans and we used to look at their fitness trainers, and what did we get? 'Don't do too much gym, your body will become stiff. Bowl, bowl, and bowl. Run rounds and laps", said the current NCA chief.

Rahul Dravid had served as the head coach of India U-19 in back-to-back editions of the World Cup in 2016 & 2018 respectively. India had a dream run in the 2016 edition that was played in Bangladesh as they marched to the finals. However, they went down to a spirited West Indies team in a high-voltage summit clash. The team was led by wicket-keeper batsman Ishan Kishan.
Two years later, a new look Indian U-19 team led by Prithvi Shaw steamrolled all the teams and enjoyed an unbeaten run in the tournament that was hosted in New Zealand. In the end, the Boys In Blue overcame Australia in a one-sided finale to win their record fourth ICC U-19 World Cup title.

READ | Why did Sourav Ganguly make Rahul Dravid India's keeper? Answer has Aussie element to it

In August 2019, 'The Wall'  was replaced by Former Saurashtra captain Sitanshu Kotak and ex-India seamer Paras Mhambrey as head coaches of India A and U-19 sides respectively and since then Rahul Dravid has been serving as the NCA (National Cricket Academy) chief.

As per reports, Rahul Dravid's appointment as the head of cricket operations at the NCA was to prepare the roadmap for India A and U-19 teams along with an up-gradation plan for the existing coaching module and that required him to stay more at the NCA even though he was free to travel for A or U-19 tours whenever he deemed necessary.

READ | Ajinkya Rahane recalls idol Rahul Dravid's words of motivation when he was a beginner
READ | 'Rahul Dravid left his cab to chat with me': Ex-Pak bowler reveals why The Wall is special
First Published: 11th June, 2021 12:04 IST
SUBSCRIBE TO US