Kovind said cricket icons such as Gayle and Holding are widely admired by cricket lovers in India, adding that it binds the two geographically distant nations. 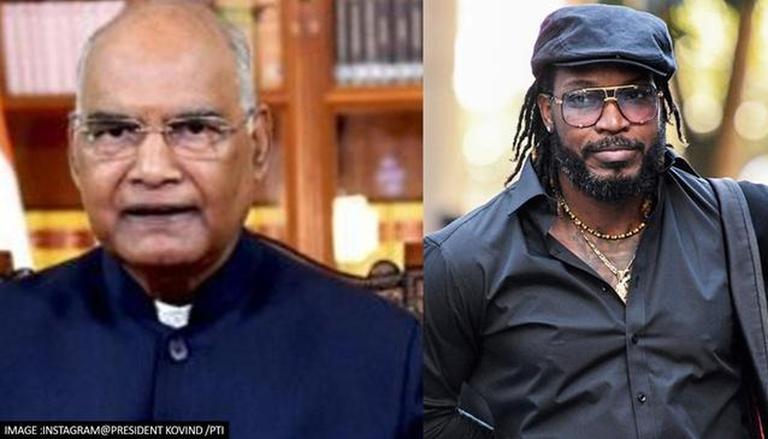 
Indian President Ram Nath Kovind, who is currently on a four-day visit to Jamaica, lauded sporting legends from the island country, including veteran cricketers Chris Gayle and Michael Holding. Kovind stated that cricket icons such as Gayle and Holding are widely admired by cricket enthusiasts in India, adding that it binds the two geographically distant countries. Kovind also highlighted how legendary sprinter and Olympic gold medallist Usain Bolt is very popular amongst Indian sports lovers.

"Cricket icons such as George Headley, Michael Holding, and Chris Gayle are admired by generations of Indian cricket lovers in India. And as you know, Indians are extremely passionate about cricket, which binds our geographically distant countries very close. The greatness of Usain Bolt is well known to Indian sports lovers," President Kovind stated during his address.

Earlier, President Kovind gifted cricket kits to the Jamaica Cricket Association as a display of cooperation between the two countries. Kovind presented 100 cricket kits to Wilford Billy Heaven, the president of the Jamaica Cricket Association. Heaven described it as a "proud moment" for him and the cricket fraternity of his country, adding that it means a lot to them.

“This is a proud moment for me personally, and the cricket fraternity in Jamaica. The Jamaica Cricket Association is happy about this gift of 100 cricket kits, and it coming from India means a lot to us,” Heaven was quoted as saying by ANI.

It is pertinent to mention here that Jamaica, which has a population of 2.7 million people, is one of the biggest exhibitors of explosive cricketers in the world. Players such as Chris Gayle and Andre Russell are among the biggest cricketing names worldwide. While Gayle has taken retirement from the sport, Russell is busy plying his trade in the Indian Premier League (IPL). Russell is currently playing for Kolkata Knight Riders (KKR) in the ongoing edition of the cash-rich league.

Russell has played 13 matches in the ongoing season so far and has scored 330 runs at an average of 41.25. This is his second-best season in terms of runs scored. He has also picked 17 wickets to his name, his best figures in the IPL.