Even after facing such a tragic event of her mother's demise, Priya Punia has taken an important decision ahead of the India tour of England. 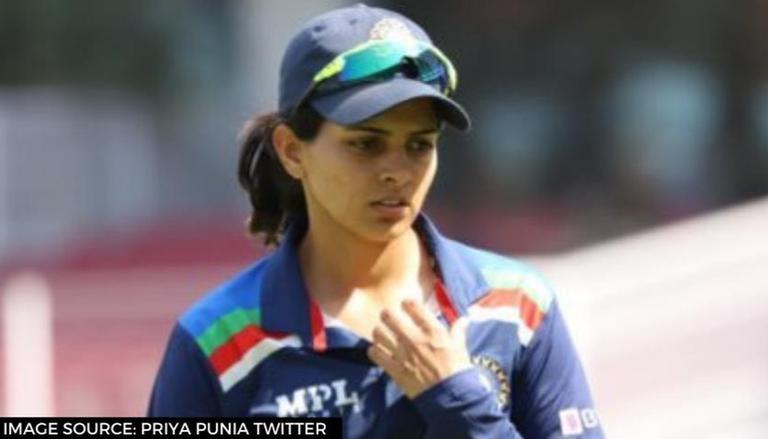 India continues to battle with the second wave of the coronavirus pandemic which has gripped the nation and resulted in many untimely deaths. Priya Punia, who is a part of the India women’s cricket team for the England tour lost her mother on Tuesday due to Covid-19. Even after facing such a tragic incident, Priya Punia has taken an important decision ahead of the India tour of England.

Priya Punia had earlier shared the news of her mother’s demise on her Instagram handle. Punia shared a heartfelt note for her late mother through her Instagram post while sharing a series of photos with her mother and her family. Former Indian women’s cricket coach WV Raman also offered his condolences through Twitter after the news of Priya Punia mother death.

Sorry to hear about your loss @PriyaPunia6 .. May God be with you in these trying times and provide you the strength..

In a recent development, Priya Punia has decided to join the women’s team in Mumbai ahead of the England tour. She has decided to join the Indian team for the England tour since it was her mother’s dream to see her play for the country. Fans have appreciated this major decision taken by Punia even after being struck by the tragedy of her mother’s demise.

Priya Punia made her T20 International debut with team India on February 6, 2019, against New Zealand.  She made her subsequent ODI debut on October 9 in the same year. The Priya Punia stats have seen her play 7 ODI matches while scoring 225 runs with an average of 37.5. She has also played 3 T20Is since her debut in 2019.

Veda Krishnamurthy had informed about her mother’s demise through a tweet and two weeks later her sister, Vatsala Shivakumar also lost her life due to Covid-19. After her mother’s demise, Krishnamurthy had appreciated all the supportive messages she received and since then she was praying for her sister who was also battling the coronavirus. She informed everyone that she had tested negative and her thoughts & prayers were going out to those going through the same.

The Indian women's cricket team will play Test cricket after nearly 8 years with Sourav Ganguly's backing in India vs England 2021 series. The last Test played by the Indian team was against South Africa in the year 2014. The Indian women’s team will play the Test match led by Mithali Raj from June 16-20 against England in Bristol.

They are also set to play 3 ODIs and 3 T20Is on their England tour. Sourav Ganguly informed that the women’s team will leave for England on June 2 as per multiple reports. In fact, Harmanpreet Kaur confirmed on Twitter on Tuesday itself that for the first time ever, the Indian men's and women's team will be flying together to England for their respective tours. As per the India women's team cricket schedule 2021, West Indies Women’s team is also set to play in India. India will also be facing South Africa again in the latter part of the year along with Australia.