Here’s a look at the PSL 2021 Islamabad vs Quetta live stream details along with the match prediction and head-to-head record for the 18th match of the league. 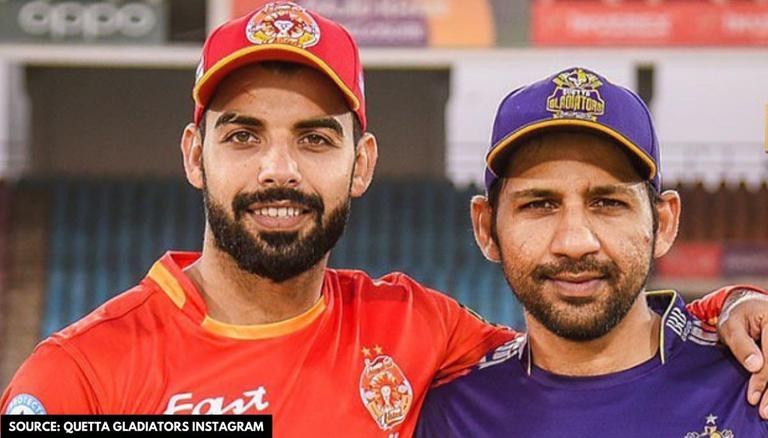 Match 17 of the Pakistan Super League (PSL) for the previously postponed 2021 season is all set to take place between Islamabad United and the Quetta Gladiators on June 11. The 18th match of the Pakistan Super League is set to take place at the Sheikh Zayed Cricket Stadium, Abu Dhabi, starting from 9:30 p.m. (IST). Here’s a look at the Islamabad vs Quetta prediction along with the PSL 2021 Islamabad vs Quetta live stream details.

🏏 Game Day 🏏#Sherus🦁 will be back in action tomorrow!

The Islamabad United have emerged to be the more impressive team out of the two so far in the latest edition of the Pakistan Super League. After having won three out of their five games, they are currently placed at third place on the points table. The Quetta Gladiators on the other hand have had a disappointing campaign this year. After having played five matches in the competition, they only have a solitary victory to their name. The Sarfaraz Ahmed-led side are the wooden spooners of the PSL 2021 at this juncture. With two crucial points up for grabs, the upcoming contest between the two exciting teams promises to be an enthralling one for the viewers.

Islamabad vs Quetta head to head

The two teams have contested in 12 matches so far in the Pakistan Super League. When it comes to the Islamabad vs Quetta head to head, the Quetta Gladiators have an edge over their opposition. The Gladiators have claimed 7 victories, whereas the United have 5 wins to their name in Islamabad United vs Quetta Gladiators matches. While Sarfaraz Ahmed and co. have a superior record, Islamabad United are expected to give them a tough fight in the upcoming clash, considering the recent forms for the teams.

The wicket at Abu Dhabi promises to be a balanced one that provides assistance to both batsmen as well as the bowlers. However, the batters will struggle to up the ante right from the word go. The average score batting first at the venue in T20Is is 141. The chasing teams have had a slight advantage on the strip, which is why the captain winning the toss could look to bowl first. As for the weather, the conditions in Abu Dhabi seem ideal for a game of T20 cricket. Clear skies are expected throughout the fixture with no chances of rain. The temperatures are likely to hover around 33 degrees Celsius during the game.

Islamabad vs Quetta telecast in India will be covered by Sony Pictures Networks India. For all the fans wondering how to watch PSL on TV in India, the upcoming matches will be broadcasted on Sony Ten 1 channel. For the PSL 2021 Islamabad vs Quetta live stream, fans can also use the SonyLIV app and website. The live scores and updates will also be available on the social media handles of the respective teams.

While the head-to-head record favours the Quetta Gladiators, Islamabad United are expected to turn things around in their forthcoming encounter. According to our Islamabad vs Quetta prediction, Islamabad are expected to come out on top on Friday. Both teams have a star-studded lineup this season and a closely fought battle is expected between them.

Note: The Islamabad vs Quetta prediction is made on the basis of our own analysis and it does not guarantee positive results.