'Pujara Told Me I Am Ready For Test Cricket': Unadkat Says After Exclusion From Test Team

Unadkat had recently expressed his disappointment over his exclusion from the Indian Test squad that will be travelling to England next week for the WTC final. 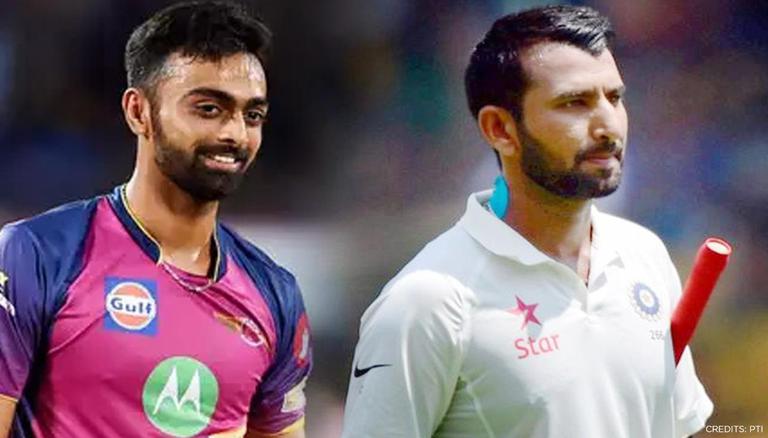 
Saurashtra cricketer Jaydev Unadkat has revealed how Indian batsman Cheteshwar Pujara once told him that he was ready for Test cricket, adding "it meant a lot coming from him". Unadkat, while speaking to Sportskeeda, said that Pujara has been a friend to him for a long time and often gives him suggestions to improve his cricket. Unadkat said that last year Pujara had told him that he was ready to play Test cricket for India, adding "obviously he is also the first one to tell me when I am not doing well". The 30-year-old said Pujara was the first person to ask him to work on his fitness when he had made a comeback from an injury 5-6 years ago.

Unadkat had recently expressed his disappointment over his exclusion from the Indian Test squad that will be travelling to England next week for the WTC final. Unadkat had said that he was disappointed with his non-selection for the England tour despite performing well in domestic structure. Unadkat, who helped his team Saurashtra win the 2019/20 Ranji Trophy, said he is currently at the peak of his form and deserved a place in the Test squad.

Unadkat, who plays for Rajasthan Royals in the Indian Premier League (IPL), had made his international debut in 2010. He has played just one Test match for Team India, which came against South Africa in December 2010. Unadkat has played seven ODIs since then and has picked up eight wickets. His eight wickets came against West Indies during a five-match ODI series in 2013. However, the pacer went wicketless in the two ODIs that he played later the same year, which saws him being dropped from the white-ball team as well. Unadkat picked up 67 wickets in the 2019-20 Ranji Trophy to help his team win the title.