Chris Gayle has dropped the first picture of his upcoming music video titled 'Punjabi Daddy'. Gayle will be representing PBKS in phase II of IPL 2021 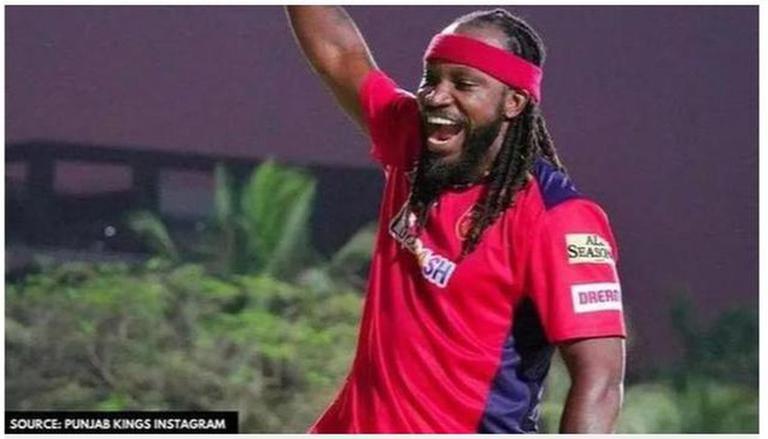 
It seems that Chris Gayle might be in the perfect frame of mind ahead of the second phase of the Indian Premier League (IPL) 2021 that gets underway in the UAE on 19 September. His team Punjab Kings would be expecting him to come out all guns blazing as they look forward to winning their maiden IPL trophy.

However, before the 'Universe Boss' unleashes Gayle Storm on the 22 yards, he is all geared up for his new music video Punjabi Daddy.

Lately, the Caribbean megastar took to his official Twitter handle to tell the fans that he is all set for his upcoming album but what has really stood out here is that Gayle has not revealed the release date for the same and instead captioned his post as 'Loading'.

Here's all you need to know about Chris Gayle's new album

Chris Gayle's new album titled 'Punjabi Daddy' is being produced by the two-time T20 World Cup winner's own music label Triple Century Records, according to Hans India. Meanwhile, the image posted by Christopher Henry Gayle on his Twitter handle shows the southpaw in a Punjabi avatar where he is wearing a kurta and a turban accompanied by sunglasses.

Prior to the Indian Premier League's suspension on 4 May, Punjab Kings were at the sixth position in the IPL 2021 points table with just three wins from eight games and six points to their tally. The 2014 finalists would now be hoping to make amends in the UAE leg of the tournament.

Chris played the first eight matches for PBKS in the initial stage of IPL 2021. He amassed 178 runs at an average of 25.42 in the first leg of IPL 2021 with a highest individual score of 46.

The remaining matches of IPL 2021 were moved to the UAE after multiple players returned positive COVID-19 results during the first leg of the tournament in India early in May.

The second phase will start with a blockbuster clash between Mumbai Indians and Chennai Super Kings. A total of 31 matches will be held during the window and the final of the competition will be played on 15 October. Punjab Kings will lock horns against Rajasthan Royals on 21 September in its first match after the resumption of the season.