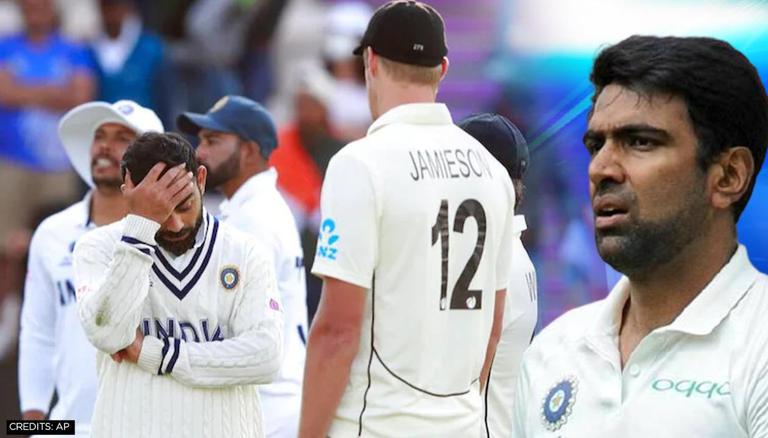 
Senior Team India off-spinner Ravichandran Ashwin has clarified that skipper Virat Kohli had never demanded a best-of-three WTC final format in the first place and instead had only given his opinion on the format.

India suffered an eight-wicket defeat at the hands of New Zealand in the inaugural edition of the ICC World Test Championship (WTC) final at Ageas Rose Bowl in Southampton last week.

WTC Final: R Ashwin says Virat Kohli just gave his opinion on having a new format to decide the winner

"I happened to hear people saying that Virat Kohli asked for three Tests to be played for the WTC final but it is ridiculous. After the match got over, Michael Atherton had asked what he could have done differently in the WTC. Virat replied in a particular context that if three matches are played, then adaptability and comeback for a team are possible. But he never demanded something," said R Ashwin while speaking on his YouTube channel.

It so happened that after the conclusion of the inaugural ICC WTC final, Kohli said that he is not in absolute agreement with deciding the best Test side in the world over the course of just one game. He added that if it is a Test series, it has to be a test of character over three Tests.

"I am not in absolute agreement of deciding the best Test side in the world over the course of one game. If it is a Test series, it has to be a test of character over three Tests - which team has the ability to come back in the series or totally blow away the other team. It can't just be pressure applied over two days of good cricket and then you suddenly you are not a good Test side anymore. I don't believe in it", said Virat Kohli during the media interaction post Team India's eight-wicket loss.

"It has to be a hard grind and something that definitely needs to be worked around in the future. At the end of three matches, where there's effort, there's ups and downs, there's situations changing during the course of the series, a chance to rectify the things you have done in the first game, and then really see who is the better side over the course of a three-match series or something, will be a good measure of how things really are", he added.

WE RECOMMEND
Former India selector defends Virat Kohli's decision to play Ravindra Jadeja in WTC final
Virat Kohli reveals how he transformed himself from 'Disaster' to 'Master' in England
Virat Kohli floored by bouncer in nets and it is not by a member of the playing 11: WATCH
Cristiano Ronaldo tops Instagram rich-list, see where Virat Kohli is ranked
Irfan Pathan highlights reason behind Virat Kohli-led team's defeat in WTC final