Coronavirus: R Ashwin Gives An Example Of His On-field Image To Raise Awareness

Ravichandran Ashwin did not have a good outing in the recently concluded two-match Test series against New Zealand where India had suffered a whitewash. He was selected ahead of star all-rounder Ravindra Jadeja in the first Test where he could only manage three wickets and four runs in both the innings. Ashwin was dropped from the Indian squad for the second Test. The Test specialist will now be seen in the upcoming edition of the IPL where he will be representing Delhi Capitals.

Recently, the veteran offie had come up with an innovative technique to spread awareness about the growing coronavirus threat. Coronavirus has been wreaking havoc across the world and affecting thousands in the process.

Recently, R Ashwin had posted an image of himself and his Indian team-mate, Rohit Sharma, on social media. In that image, Ashwin can be seen ignoring a handshake with Rohit after the Indian team were celebrating a dismissal during the first Test which was played against Australia at the Adelaide Oval in December 2018. This had become a huge talking point back then. It was a memorable tour for India as they not only registered their maiden Test series win but also went on to register their first-ever ODI series as well.

Coming back to Ashwin and Rohit's on-field incident, the Tamil Nadu all-rounder took to social media and wrote that it is 'Better To Stay Safe' after which he also urged everyone not to shake hands with each other as Coronavirus spreads more faster. The 2011 World Cup-winner concluded by complimenting himself. 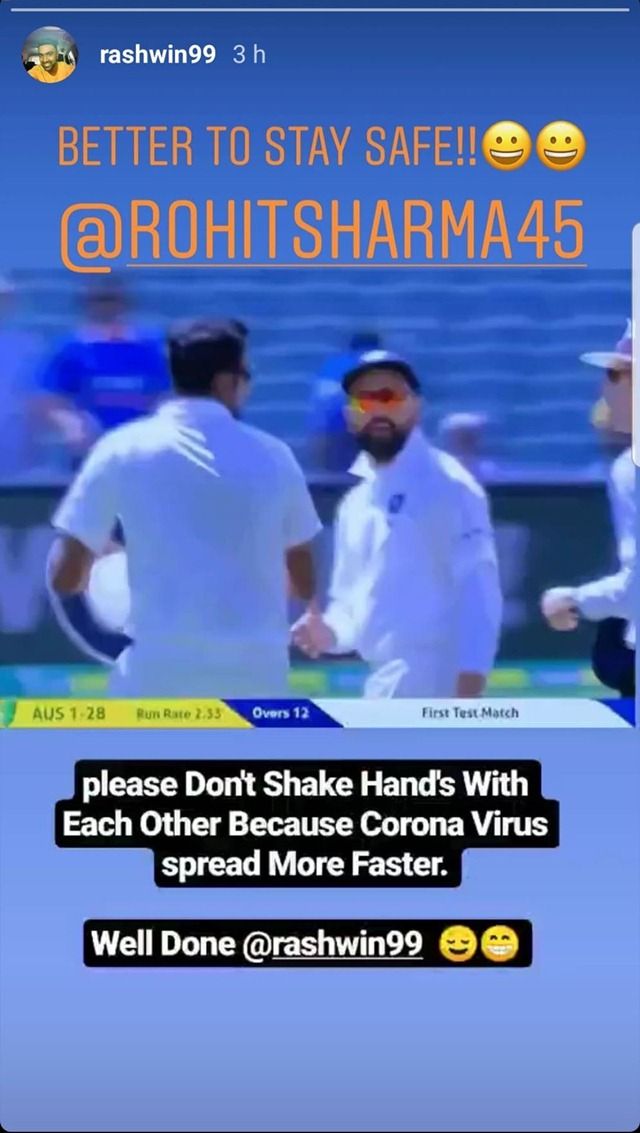 READ: Shreyas Iyer targets playing Test cricket after excelling at No.4 in ODIs for Team India