Ravindra, who plays for Wellington in domestic cricket, scored an unbeaten 60 while opening the batting for Williamson XI in the practice game against Latham XI 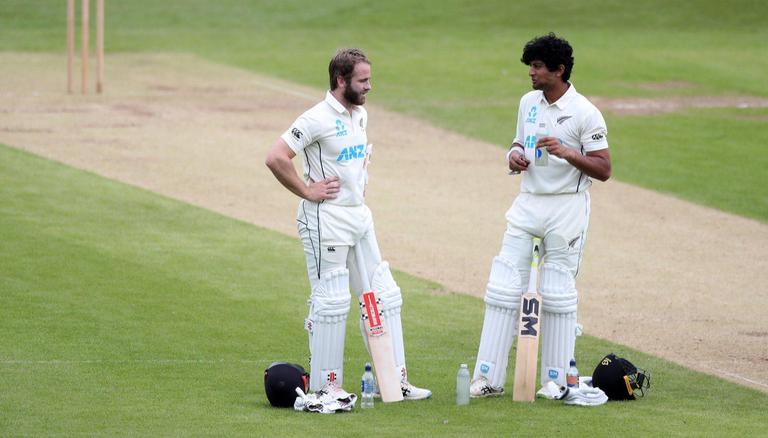 
New Zealand cricketer Rachin Ravindra has impressed selectors with his amazing batting during the second day of the intra-squad practice game in England. Ravindra, who plays for Wellington in domestic cricket, scored an unbeaten 60 while opening the batting for Williamson XI in the practice game against Latham XI. Ravindra managed to garner everyone's attention, including fellow teammate Tom Blundell, who said the 21-year-old showed "real class" and "temperament" throughout his innings. Blundell, who was keeping wickets for Latham XI in the practice game, said Ravindra was "pretty nice" to watch from behind the stumps, lauding the left-hander's cover drives.

Lunch. Rachin Ravindra 60* (101 balls) and Henry Nicholls 14* (24 balls) head off with the Williamson XI 92/1. Here’s what @TomBlundellNZ made of proceedings in the first session from behind the stumps 🏏 #ENGvNZ pic.twitter.com/9oqlXP0jF1

Ravindra's amazing performance came against world-class New Zealand bowlers, including Kyle Jamieson and Matt Henry. Ravindra received his maiden international call-up after performing well in New Zealand's domestic structure in the past season. Ravindra broke into the scene after playing two back-to-back U-19 World Cups in 2016 and 2018. The 21-year-old made his first-class debut against Pakistan A in October 2018 and since then he has been consistently playing for his domestic team Wellington. He was also included in New Zealand's squad during the white-ball series against Australia in March.

Ravindra's unbeaten 60 helped Williamson XI finish the day with 294/5 runs on the board against Latham XI's 289/6. Daryl Mitchell top-scored for Williamson XI with an unbeaten 64 runs, while Mitchell Santner scored 41 not-out. The practice game, which took place in Southampton, saw Kyle Jamieson register a bowling figure of 2-30 in 14 overs. The Kiwis travelled to London today, where they will be facing England in a two-match Test series before locking horns against India in the final of the inaugural edition of the World Test Championship (WTC), starting June 18.

As the team travel to London today, go back to 2015 with @B_Jwatling, @Tomlatham2 and @ronchi04 for a unique story from the last Test the team played at the @HomeOfCricket #ENGvNZ pic.twitter.com/NAb2LPugZb

India is likely to leave for England on June 2, where they will undergo a mandatory quarantine period before resuming training in Southampton, where the one-off Test against New Zealand will take place.