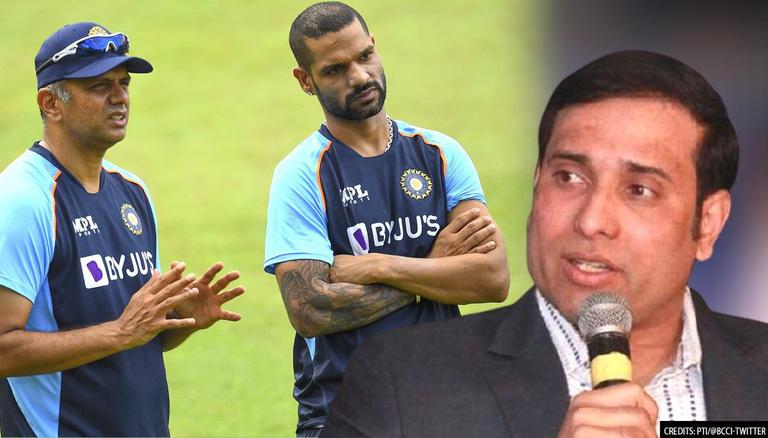 
Team India's veteran cricketer VVS Laxman feels that Rahul Dravid has a great opportunity to create the future champions of the Indian cricket team. BCCI has appointed Rahul Dravid as Team India's Head Coach for the Sri Lanka tour and 'The Wall' has already started the training sessions of the limited-overs squad of the Indian cricket team. Talking to Star Sports, VVS Laxman also said that this will be a great opportunity for the youngsters to learn from Rahul Dravid during the India vs Sri Lanka series.

On being asked whether being the coach of India and NCA chief make the job of Rahul Dravid as a head coach easier, VVS Laxman said, "I don't think there is any pressure. It's an opportunity for him to create future champions of the Indian cricket team. It's not necessary that everyone will get an opportunity to play in this tournament but just spending time with Rahul, sharing his experiences which he has already done with a lot of these players, will just enhance their future."

It is to be noted that Rahul Dravid during the pre-departure press conference had said that it is 'highly unlikely' that every player will get a chance to play the India vs Sri Lanka series.

During the press conference, Rahul Dravid also said that one to two players from the Sri Lanka bound squad can make into the Team India's squad for the upcoming T20 World Cup. "The three T20s in Sri Lanka hold more importance than the ODIs as it will be the last set of international games India play before the marquee event. "There are a lot of people in this squad who are pushing for places or looking to cement their places in the World Cup coming up, but I think the key goal of everyone in the squad and in the team is to try and win the series," said Rahul Dravid.

READ | Rahul Dravid to have remarkable, unnoticed career co-incidence; here is how

"These are the only three games before the World Cup. I am sure that you know the selectors and management would have a pretty fair idea by now as to what is the kind of squad that they are looking for," added Dravid.

India's tour of Sri Lanka 2021 will feature 3 ODI matches and 3 T20I matches. The India squad for Sri Lanka consists of a completely separate squad of Indian players including players with noteworthy performances in the IPL 2021 season. The ODI matches in the Sri Lanka tour are scheduled to take place on July 13, 16, and 18. The T20I matches will take place on July 21, 23, and 25. All the 6 matches in India vs Sri Lanka schedule will take place at the R. Premadasa International Cricket Stadium in Colombo.