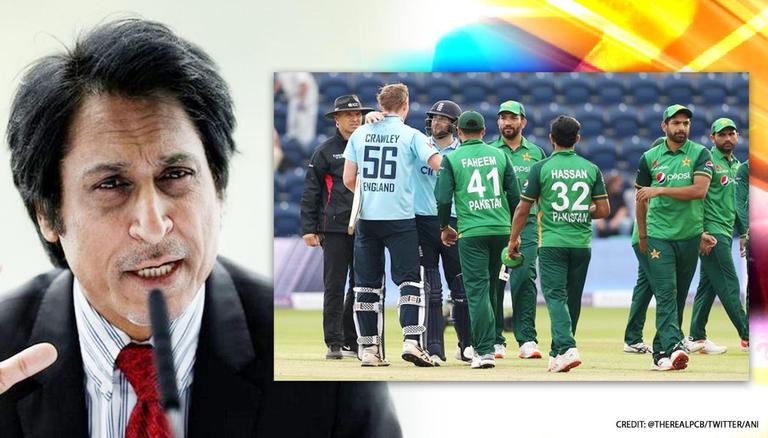 
Former Pakistan skipper Ramiz Raja showed no mercy while criticising Babar Azam & Co. after their ODI series whitewash against a second-string England side.

England beat Pakistan by three wickets in the dead-rubber third ODI to clinch the ODI series 3-0 as they chased down a stiff target of 332 in the 48th over.

"A B-grade team has whitewashed you. I am not surprised by the result of this game because this was bound to happen and it was on the cards. This team had mentally disintegrated", said Ramiz Raja while speaking on his official YouTube channel.

"They could never recover from the shock of having lost the first match of the series because it made headlines in the world that England's B-team which was assembled due to the COVID-19 situation defeated Pakistan. So, before the second match, the pressure was a loss in that match would mean that we would end up surrendering the series to England B-team", the cricketer-turned-commentator/analyst added.

READ | Inzamam ul Haq analyses Pakistan's loss, says 'It seemed as if they were playing T20s'

"So that put them under pressure and they made mistakes because of that. Anyway, it has become a trend of this Pakistan team that they never learn from their mistakes and whenever pressure gets on to them, then they double it", he further added.

Opener Imam-ul-Haq scored a 73-ball 56 before being castled by spinner Matt Parkinson. Prior to his dismissal, Imam had added 92 runs for the second-wicket stand along with his skipper Babar Azam.

Babar then continued to stabilise Pakistan's innings as he led from the front and scored a brilliant century. This was his 11th ton in ODI cricket and he carried on after breaching the three-figure mark. Azam scored a stupendous 139-ball 158 before being accounted by Dawid Malan off Brydon Carse. His innings included 14 boundaries and four maximums at a strike rate of 113.67. Wicket-keeper batsman Mohammad Rizwan too chipped in with a handy 74 as the Men In Green finished at 331/9 from their 50 overs.

In reply, England did lose their openers Dawid Malan and Phil Salt early but middle-order batsman James Vince anchored his team's chase with a 95-ball 102. Some important contributions in the middle from stand-in-captain Ben Stokes and Lewis Gregory played a vital role in helping the reigning 50-overs world champions get past the finish line by three wickets and two overs to spare.

By the virtue of this win, England successfully handed a 3-0 whitewash to Pakistan in the ODI series.