Rashid Khan said that the MS Dhoni has given him a lot of good inputs over the years, sharing anecdote where the latter asked him to field less aggressively. 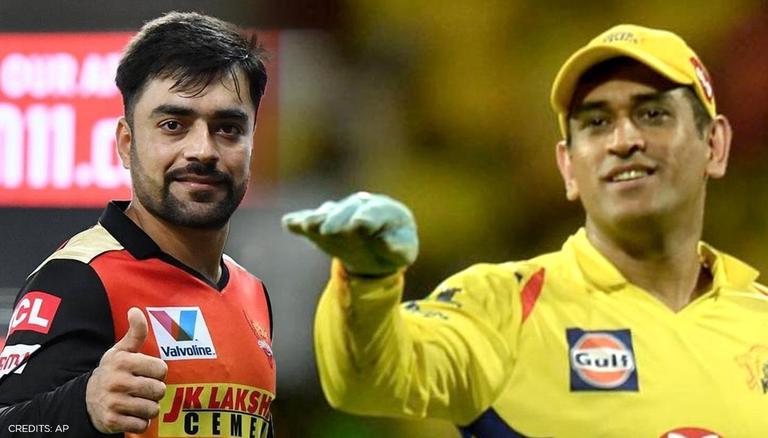 
Afghanistan bowler Rashid Khan has said that his dream is to play under former Indian skipper MS Dhoni. Rashid, while speaking on a YouTube show titled CRICAST, said he has always dreamt of playing under Dhoni because of the experience and knowledge he brings into the play. Rashid said that as a wicket-keeper Dhoni could have played a very important role in his development. The 22-year-old said that he always makes sure to talk to Dhoni after their match against Chennai Super Kings in the IPL. Rashid said that the Ranchi cricketer has given him a lot of good inputs over the years, sharing one anecdote where Dhoni asked him to field less aggressively.

"I love playing for Sunrisers Hyderabad (SRH) in the IPL but my dream is to play under MS Dhoni one day. His experience becomes very important for you. A wicket-keeper's role is very crucial for a spinner and I think there is no one better than him [Dhoni]. Whenever we play against Chennai Super Kings (CSK), I make sure to talk to MS Dhoni after the match. The discussion that we have after the match helps me a lot. The last time we met, he told me to be less aggressive while fielding. He said there is only one Rashid Khan and people want to see more of you. So, don't be too aggressive, or else you will hurt yourself and get injured," Rashid said when asked which team would he love to be part of if released by SRH.

Rashid on playing in the IPL

Rashid further talked about his experience of taking part in the Indian Premier League (IPL) as he recalled the time when he was first picked to play in the world's biggest cricketing league. Rashid said when his first match was against Royal Challengers Bangalore (RCB), which had a batting line-up consisting of some of the world's best batsmen such as Chris Gayle, Virat Kohli, AB de Villiers.

READ | Yuzvendra Chahal asks every spinner to get married; Rashid Khan comes with an epic reply

Rashid said that initially, he was very nervous while fielding in the deep, seeing big sixes fly over his head. The Afghanistan leggie added that when his captain summoned him to bowl in the powerplay, he thought now is the time to test the skills in front of the world's best. Rashid said the very first ball he bowled went for a boundary and he became more nervous, adding "However when I picked up a wicket in the same over I was relieved and understood that IPL is nothing more than club cricket and I deserve to be a part of it".

Rashid is currently in the UAE for the second-leg of PSL 6. Rashid will play the first game of the second phase on June 9 against Islamabad United. The sixth edition of the Pakistan Super League (PSL 2021) was postponed indefinitely with immediate effect on March 4 after six players featuring in the competition tested positive for COVID-19. It was announced last month that the Pakistan Cricket Board would organise the remainder of PSL matches in UAE. The tournament is expected to begin on June 7.