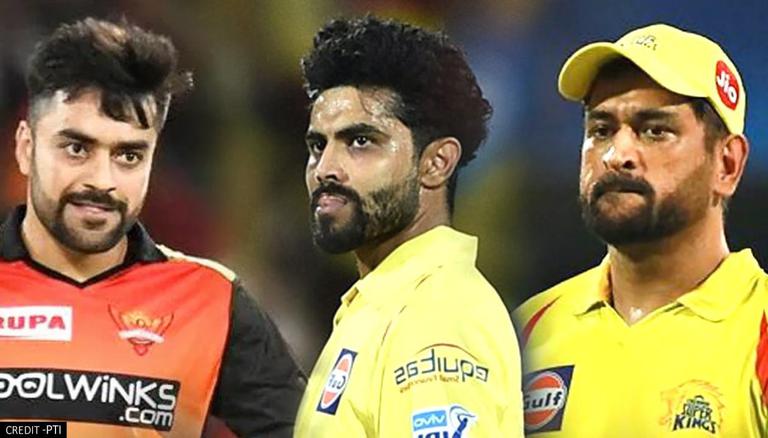 
Afghan spin sensation Rashid Khan has revealed the valuable piece of advice that he received from former Indian skipper Mahendra Singh Dhoni. Meanwhile, Rashid Khan also went on to say that MS Dhoni always gives the same advice to his CSK team-mate as well as Ravindra Jadeja on a regular basis.

While interacting on a Youtube show titled 'Cricast', Rashid Khan said that every time after their matches, the discussions that he has with MS Dhoni has helped him and then added that the last time when the duo had a chat, the 2011 World Cup-winning skipper had told the young Sunrisers Hyderabad leggie to be very careful while fielding.

"You have to be careful while fielding, you slide, throw the ball when it is not necessary, you get aggressive. Because there is only one Rashid and people want to see you more, what will happen if you get injured?", said Rashid Khan.

"Keep this in mind, I tell (Ravindra) Jadeja the same thing’,” he added.

Rashid Khan, who has been representing the 2016 champions Sunrisers Hyderabad for the past five seasons had managed to register 10 scalps from seven games in the IPL 2021 before its indefinite postponement on May 4 due to a surge in COVID-19 cases.

While the Afghan leg-spinner had a decent run in the tournament, SRH were not so lucky as they find themselves languishing at the bottom of the IPL 2021 points table with just a solitary win from the seven games that they have played so far with just two points in the bag.

On Monday, it was officially confirmed by the Board of Control for Cricket in India (BCCI) that the remaining portion of the IPL 2021 season is set to resume on September 19. After being suspended for more than a month, the IPL 2021 return will be hosted in the UAE where the first game of the remaining season will take place. The final is slated to take place on October 15.

Meanwhile, a struggling Orange Army would be hoping for a revival in fortunes during the second leg of the IPL 2021 as they look forward to sealing a playoff berth for a sixth straight year.