Ashwin, while speaking to ESPNcricinfo, had earlier said that when Shastri dubbed Kuldeep as India's premier spinner, he felt absolutely crushed. 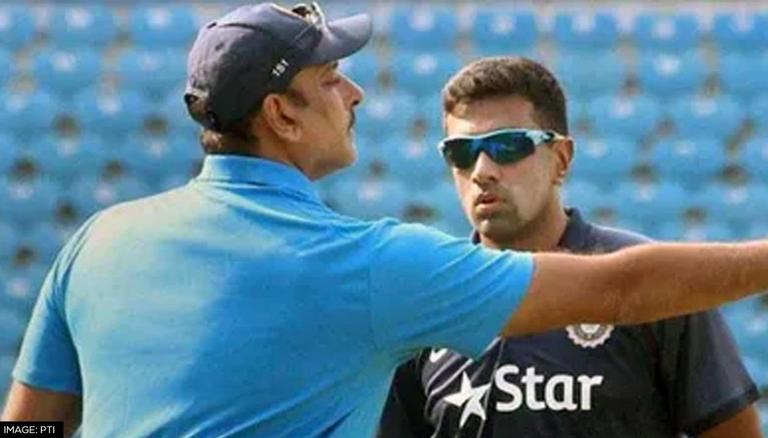 Shastri told Indian Express that he is delighted his statement "hurt" Ashwin since it prompted him to do something different. Shastri stated that his responsibility as a coach is to present facts without bias and that it would only improve a player's performance.

"One thing as a coach, let me tell you... my job out there is not to butter everyone's toast. My job is, without agenda, to state facts and say the way it is. Ashwin didn't play the Test match in Sydney. Kuldeep played, took a five-for, and bowled brilliantly. So, it was only fair that I give the young kid who is probably playing his first or second Test match overseas...and he bowled magnificently in that Test match," Shastri said in his interview.

"Now if that hurt some other player, then I would say good. In hindsight, I'm glad I made that statement and Ashwin has made this statement because if it hurt him and he was upset, I'm glad the way he went about his job. I'm the kind of coach who will want a player to go inside and say 'I'm going to show his coach I'm going to teach him a lesson and show him what I'm all about," Shastri added.

Ashwin, while speaking to ESPNcricinfo, had earlier said that when Shastri dubbed Kuldeep as India's premier spinner, he felt absolutely crushed. Shastri had called Kuldeep India's best spinner after the latter had picked a five-wicket-haul in the Sydney Test match in Australia in 2019.

READ | 'Like MS Dhoni always said...': R Ashwin narrates how he got over 'mental trauma'

"I hold Ravi bhai in high esteem. We all do. And I understand we all can say things and then retract them. At that moment, though, I felt crushed. Absolutely crushed. We all talk about how important it is to enjoy your team-mates' success. And I was happy for Kuldeep," Ashwin had said in his interview with ESPNcricinfo.

Shastri also said in his interview that he had asked Ashwin to work on his fitness, which, according to the former Indian head coach, has resulted in his latest upsurge. Shastri said that Ashwin is the best spinner in the world now.

Ashwin is currently at the peak of his form as he now has 427 wickets in Test cricket and is just eight wickets away from becoming India's second-highest wicket-taker in the longest format. The 35-year-old will next be seen taking part in the upcoming Test series against South Africa, where he has travelled as India's frontline spinner.