Ravi Shastri Opens Up On Virat Kohli's Captaincy Row; 'Could Be A Blessing In Disguise' 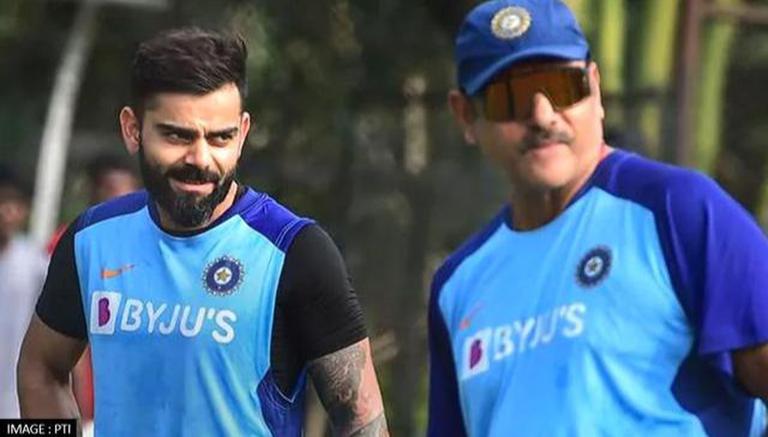 
Former Team India head coach Ravi Shastri has opened up on Virat Kohli's captaincy row and said that it could be a "blessing in disguise" for the player. The Board of Control for Cricket in India (BCCI) earlier this month had axed the player from ODI captaincy and handed over the reins to Rohit Sharma, despite Virat Kohli wanting to continue with the leadership.

Speaking on Star Sports, Ravi Shastri said that it is the right way to go about things and that this will let Virat Kohli focus on red-ball cricket.

"Blessing in disguise for Kohli and Rohit both. It's the right way to go. This could be a blessing in disguise for Virat and Rohit. For one guy to handle all 3 is not easy at all in this time of living in and out of bio-bubbles because of COVID. Virat can focus on red-ball cricket and lead for as long as he wants to lead in Tests. It will allow him to sit back and think on his game because he's got a good 5-6 years left in him," Shastri said.

"You look at the two (Kohli and Rohit) and compare their captaincy, it reminds me of Kapil Dev and Sunil Gavaskar. Virat more like Kapil, while Rohit is more like Gavaskar," the former Team India coach said.

Ravi Shastri on his relationship with Virat Kohli

The former Indian head coach also added that he and Virat Kohli got along really well and that both of them have a similar personality.

"The personality sync helped. We were both pretty aggressive and both played to win. We realised very quickly that to win you need to take 20 wickets, so you go to start picking and identifying players who will help you do that. It might take time. And by deciding to play aggressive and fearless cricket, it meant at times you would lose games but once you got one across the line, it is infectious and I realised that early," Shastri concluded.