Ravi Shastri Reveals How He Trolled His Mother After Hitting 6 Sixes In An Over: WATCH

On the 59th Ravi Shastri birthday, let's take a look at an anecdote of the former cricketer's 6 sixes in an over that the veteran shared on a chat show. 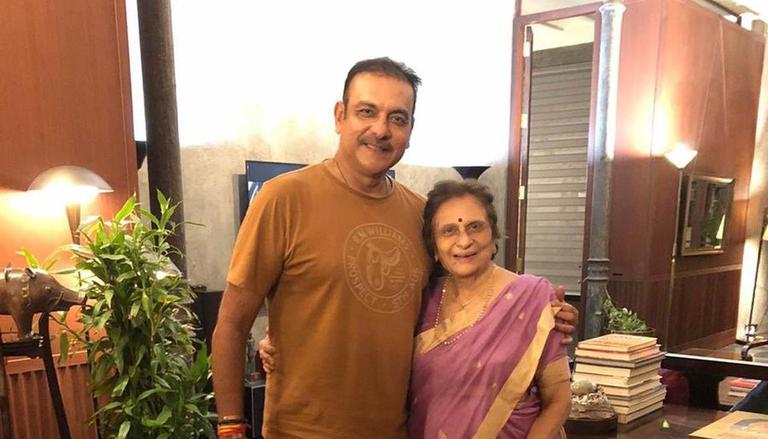 Former Indian cricketer and one of the country's best all-rounders, Ravi Shastri celebrated his 59th birthday on Thursday. Over the years, the veteran all-rounder has been serving Indian cricket in more ways than one. Besides being a prolific cricketer, Shastri has been associated with Indian cricket as a broadcaster, team director and now as the head coach.

Ravi Shastri birthday: Indian coach shares hilarious anecdote about his six sixes in an over

Shastri has created a lot of buzz during his initial cricket years. During the 1984-85 Indian domestic season, i.e. nearly 17 years after Sir Garfield Sobers hit six sixes in an over, Shastri achieved the same feat while playing for Bombay (now Mumbai). The cricketer-turned-coach did so in a match against Baroda. On account of Ravi Shastri birthday, let's take a look at an anecdote of Ravi Shastri 6 sixes in an over that the veteran shared on a chat show.

While speaking on a talk show Breakfast with Champions, the host asked Shastri about the story behind him hitting six sixes in an over and not telling his mother. Shastri said that he came home quite late the night before as he was partying. He added that his mother opened the door at 3 am and taunted him for coming so late, although he ignored her scoldings and went off to sleep.

Shastri further said that the next day he played the game, he came back home and when his mother asked him about his performance, he said he got out for just 5 runs. His mother then again mocked him saying that if he comes home at 3 am, he will get out for five. Shastri stated that he didn't say anything again and went away.

Shastri then went on to reveal that it was the streetside food vendor who told his mother about him hitting six sixes in an over. He reiterated that it was on the radio and all over the news. After getting to know about Ravi Shastri 6 sixes in an over, his mother screamed at him for not telling her about the six sixes and that she got to know about it from the outside. Shastri added that he then teased his mother saying that he had scored a little more than 5 runs.

Meanwhile, Ravi Shastri is all set to coach the India squad for WTC final that is slated to be played in Southampton from June 18-22. The winner of the high-voltage India vs New Zealand contest wll be crowned maiden World Test Championship winners. Shastri, who has failed to win a single ICC trophy under his tenure as head coach, will look to guide India to a win.

As passionate as he is about cricket on the field, Ravi Shastri is also a fervent car lover off the field. The former India all-rounder owns cars from Audi, Mercedes Benz, Ford and BMW. Last year, in September, Ravi Shastri added another lavish car to his astounding automobile collection. The Indian head coach took to Twitter and uploaded a video where he revealed about his Audi RS5. In the video, Ravi Shastri said that 35 years ago, he owned one of the first Audi cars in the Indian subcontinent. He added that after all these years, he had never ever imagined that he would still be sitting in an Audi car with his name's initials (RS5) on it. The Ravi Shastri Audi story remains one of the most cherished stories in Indian cricketing folklore.