Star Indian batsman Sachin Tendulkar had admitted that the current India head coach Ravi Shastri had come to his rescue after a disastrous debut. 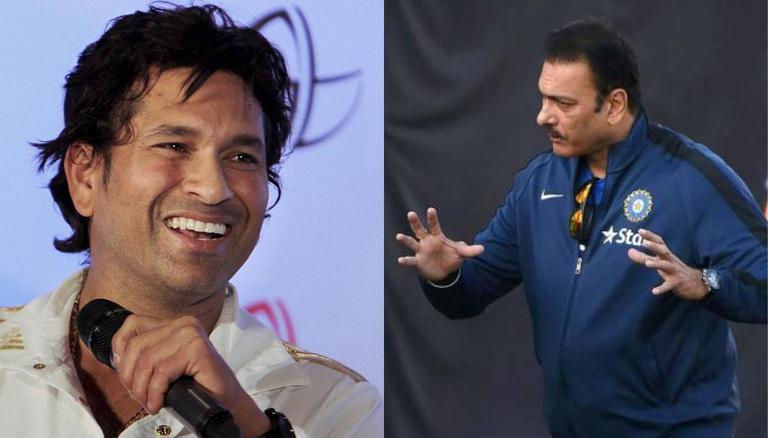 India's current head coach Ravi Shastri has contributed significantly towards the success of Indian cricket, both on the field as well as behind the scenes. The cricketer-turned-commentator rang in his 59th birthday on Thursday. The seasoned campaigner is often hailed highly for his sound cricketing acumen. India's batting maestro Sachin Tendulkar also admits that it was Shastri who helped him stage a miraculous comeback after his disastrous debut against Pakistan. On the 59th Ravi Shastri birthday, here we reveal more details about the fascinating story.

Sachin Tendulkar may be the most prolific run-scorer in international cricket today, but he did not have an ideal start to his career as he visibly struggled against the Pakistani bowling attack in his first-ever international appearance. The likes of Waqar Younis, Wasim Akram and Imran Khan steaming in on the Karachi wicket was a bit too much for the 16-year-old. Speaking about the same in Sky Sports' ‘Nasser meets Sachin’ program, the batting legend mentioned how he bounced back after the initial failure.

READ | Mumbai Indians and CSK have THIS remarkable May 27 connection, IPL 2021 fans shocked

Sachin Tendulkar, on the show, revealed that Ravi Shastri had told him that he played like it was a 'school match' after the right-hander was dismissed after scoring 15 runs. The current India coach had advised a young Sachin Tendulkar to respect the skills and abilities of such prominent pace bowlers. When Tendulkar pointed out that he was struggling against the express pace, Shastri asked him to spend some time at the crease in order to get comfortable with their bowling speed.

The champion batsman followed Shastri's suggestion and stated that in the subsequent Test, he was not looking at the scorecard and was rather more concerned about the clock. The piece of advice reaped dividends for Tendulkar as he came up with a gutsy knock of 59 in his second Test. While Ravi Shastri memes may be viral on social media in recent times, many current and former cricket stars have agreed that he has the ability to read the game accurately. Tendulkar, who had thought he would be dropped after falling in his debut match, never looked back and went on to establish himself as one of the greatest players to have ever played the game.

As passionate as he is about cricket on the field, Ravi Shastri is also a fervent car lover off the field. The former India all-rounder owns cars from Audi, Mercedes Benz, Ford and BMW. Ravi Shastri had added another lavish car to his astounding automobile collection last year. The Indian head coach had taken to Twitter to upload a video where he revealed details about his latest Audi RS5.In the video, Ravi Shastri said that 35 years ago, he owned one of the first Audi cars in the Indian subcontinent. He added that after all these years, he had never ever imagined that he would still be sitting in an Audi car with his name's initials (RS5) on it. Here is the Ravi Shastri Audi tweet -