Ravichandran Ashwin was left out from the playing XI for Ravindra Jadeja in India's crushing defeat to England in the third match. 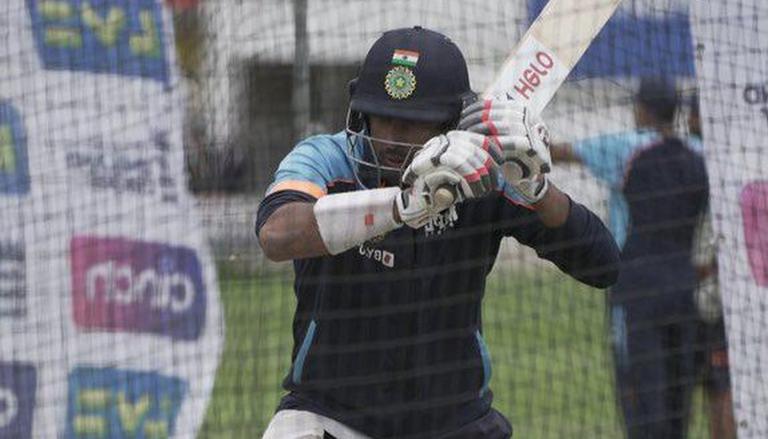 
Following the victory at Lord's, Team India started as favourites to win the Headingley Test. However, Virat Kohli and the team were handed a crushing defeat by Joe Root-led team in the third Test. England went onto beat Team India by an inning and 76 runs to level the series at 1-1. Despite good performance with the bat from skipper Virat Kohli and Cheteshwar Pujara, the other India batsmen failed to put up a fight with the beat. Once again, Ravichandran Ashwin was left out from the playing XI for Ravindra Jadeja.

In an interesting post uploaded by Ashwin to Twitter, it looks as though he was in the nets batting left-handed and it seems to be a dig at Jadeja, who was picked ahead of him because Jaddu can bowl and bat. Many users commented that it was a dig at Jaddu and it does not look good for his 'fame'.

The desire to ignite something different every day never burns out. 🤜 🔥🔥🤩 pic.twitter.com/6U9s7LZpP6

It is important to note that the image is mirrored to give the appearance of Ashwin batting lefty as when you notice the sponsor on the bat 'Hero' appears to be written backwards.

Trying to troll Jadeja ?? Not sure you are doing it or not. But if you do so that's doesn't sounds good for your fame.

Yes it hurts to sit outside even after being in the best player of the team. But it takes huge heart to support team in every cause!!!!

Some users called this 'toxic' and asked him not to do such things.

One user had some fun while saying that Kohli was looking for a left-handed batsman so Ashwin started practising lefty.

Kohli : sorry Ash we need a left hand lower order batsman that's why we are going with jaddu

Le Ashwini from next day : pic.twitter.com/yBzNFdPZIK

A few users supported the 'harmless' trolling, while others criticised Kohli for not including Ashwin for the third Test.

Appreciate your positive mindset Ash. But terrible terrible decision from @imVkohli in leaving out No.1 Spinner, then winning the toss and choosing to bat with 4 genuine fast bowlers on a overcast day. You seniors should protest against this obnoxious Tactics

Next level trolling and I endorse it.

We missed in you in this match 🙂 . India needs you

Resuming at an overnight score of 215 for 2, India's second innings folded in 99.3 overs with England pacer Ollie Robinson taking five wickets. Team India was bundled out for a meagre 78 in their first innings on the opening day of the third Test. England then posted 432 in their first innings to take a mammoth lead of 354 runs.

Team India's skipper Virat Kohli's wait for an international ton seems to continue as the visitors witnessed yet another batting collapse on Day 4 of the third Test at Headingley, Leeds. Although Kohli managed his 26th Test fifty. However, he again poked an outswinger of 'big-mouth' Ollie Robinson on a score of 55. Team India started day 4 in a horrific manner as Cheteshwar Pujara was the first one to depart on 91. Pujara did not score any runs on Day 4.