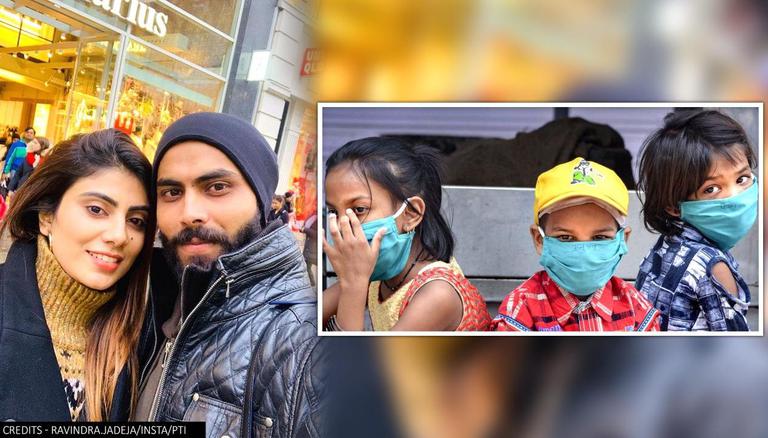 On her daughter's birthday, Rivaba Jadeja who lives in Jamnagar helped five economically weaker families and opened their daughters' savings accounts in the Jamnagar Post office. Not only this, Ravindra Jadeja and Rivaba also credited Rs.10,000 each in the savings account. In fact, Rivaba joined the passbook handing-over event through video-conference from England. As per reports, Ravindra Jadeja and his wife Rivaba have pledged to support 10,000 daughters of economically weaker sections.

Who is Ravindra Jadeja's wife Rivaba?

Rivaba Jadeja is Ravindra Jadeja's wife. She is trained as a Mechanical Engineering from the Atmiya Institute of Technology and Science, Rajkot. She was appointed the chief of the women's wing of Karni Sena. Subsequently, in 2019, she joined BJP in the presence of Gujarat Agriculture Minister R C Faldu and MP from Jamnagar, Poonam Madam. Rivaba is also the niece of Congress politician Hari Singh Solanki.

Riva Solanki met Ravindra Jadeja at a party and the duo hit it off quickly and soon started dating. Notably, Rivaba was already friends with Jadeja's sister Naina. Ravindra Jadeja and Rivaba got engaged on February 5, 2016, and tied the knot two months later on April 17 in Rajkot in the presence of close friends and family.

Ravindra Jadeja's wedding was a royal three-day-long affair with ceremonies like haldi, mehendi, and sangeet. The couple was blessed with a daughter Nidhyana in 2017. Both Jadeja and Rivaba maintain a low profile on their social media accounts, which is why they refrain from sharing their daughter's photos.

READ | Sanjay Manjrekar doesn't consider Ashwin as standout bowler, says 'Jadeja has matched him'
READ | Ravindra Jadeja gears up for WTC final as he rolls his arm over at Southampton; See pics
First Published: 7th June, 2021 23:38 IST
SUBSCRIBE TO US