Indian pacer Renuka Singh has been named has the ICC Women's Emerging Cricketer of the Year 2022 after her tremendous 2022 white ball season. 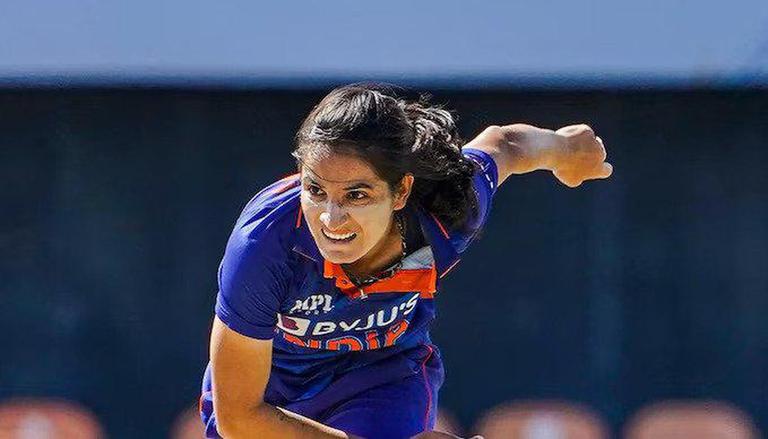 
Team India's newest fast bowling sensation Renuka Singh wins the ICC Emerging Women's Cricketer Of The Year 2022. Renuka's performance with the ball for Team India had been absolutely exceptional in the year 2022 and it was literally a breakthrough year for her. Renuka Singh had beaten Australia's Darcie Brown, England's Alice Capsey and her teammate Yastika Bhatia to win the award.

Impressing everybody with her magnificent displays of seam and swing bowling, the ICC Emerging Women's Cricketer of the Year had a great 2022 👌#ICCAwards2022

Renuka Singh made her One Day International debut against New Zealand when she played the third match of the bilateral away series last year. The 26 year old Shimla born right arm pacer till now has played seven One Day Internationals where she has picked up 18 wickets at an economy rate of 4.62.

Renuka made her T20I debut against Australia at the Carrara Oval where she just picked up one wicket but later she had a phenomenal T20I season. Renuka till now has played 22 T20I's and has picked 22 wickets at an economy rate of 6.5.

The best performance of her career came when cricket had returned to the Commonwealth Games. In the 2022 edition of the tournament playing for India she picked up 4 wickets for just 18 runs against Australia. Renuka dismissed big Aussie names like Alyssa Healy, Meg Lanning, Beth Mooney, and Tahlia McGrath.

Renuka also was the Women's Player of the Match in the final of the Women's Asia Cup in Sylhet last year. She picked up match winning bowling figures of 3/5 against Sri Lanka and helped Team India to lift the trophy.