Marcus Harris also praised Cheteshwar Pujara for standing like a wall before the Indian team and taking blows on his body by the Australian pace attack. 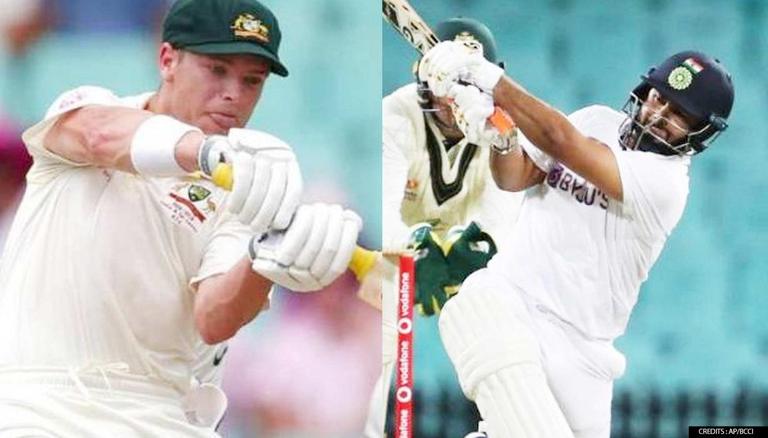 
Australian cricketer Marcus Harris heaped praise on Rishabh Pant over India's historic Test victory at the Gabba, where the Indian wicketkeeper-batsman played a vital role to help his country win the match as well as the series. Harris, while speaking to YouTube channel 'Cricket Life Stories', said Pant was "amazing to watch" against the host, adding "He played unbelievable innings". Calling him a "magical talent", Harris said Pant played the best innings on the final day of the fourth Test match, where India chased down the target of 327 runs in the second innings to win the game by 3 wickets.

"Rishabh Pant's innings was unbelievable. Everyone says he has magic in him, and he has shown that a couple of times now. It was disappointing to lose the series but sometimes in cricket you just have to tip your hat and say well done," Harris, who was also part of the Australian squad, said in the interview.

Harris also lauded Cheteshwar Pujara for standing like a wall before the Indian team and taking blows on his body by the Australian pace attack. Harris said Pujara batted like an Australian at the Gabba, adding "He took everything on the chest and got on with it". The left-handed batsman further said that everyone in the Indian team batted around Pujara.

"The final day was amazing to watch. We were thinking the whole day if they would go for the runs or not. I think Rishabh played the best innings that day, but for Pujara to be copping an absolute barrage from everyone, it felt like he batted like an Australian, taking everything on the chest and getting on with it. The rest of the team just batted around him,” said Marcus Harris while speaking on ‘Cricket Life Stories’ YouTube channel.

Australian cricket team led by Tim Paine won the toss at the Gabba and opted to bat first. Australia put up a total of 369 runs, courtesy of Marnus Labuschagne, who scored an impressive century against the visitors. Skipper Tim Paine scored a half-century, while Steve Smith, Matthew Wade, and Cameron Green contributed 36, 45, and 47 runs respectively. In reply, India scored 336 runs in 111.4 overs. Rohit Sharma scored an important 44 at the top, while Washington Sundar and Shardul Thakur hit 62 and 67 runs batting down the order.

In the second innings, India restricted Australia just under 300 runs as the Kangaroos were bowled out for 294 runs in 75.5 overs. When India came to bat, the team lost opener Rohit Sharma early on in the innings. Shubman Gill and Cheteshwar Pujara steadied the ship for the visiting side as the duo notched up a partnership of 114 runs before the former was dismissed for 91 in the 48th over. Skipper Ajinkya Rahane chipped in with a quick 24 off 22 before he was sent back to the pavilion by Pat Cummins. Rishabh Pant and Pujara forged another vital partnership of more than 50 runs. Pujara, who scored 56 off 211 balls, was dismissed lbw by Cummins. Pant took it upon himself as he finished the game in the 97th over by hitting a boundary.

India won at the Gabba, making it a historic game as Australia had never lost a Test match at the ground since 1989. India won the series 2-1 and also retained the Border-Gavaskar Trophy.

WE RECOMMEND
Marcus Harris relives Pujara's Gabba heroics, says 'he batted like an Australian'
Rishabh Pant lauded by netizens for motivational post prior to preparing for England tour
Rishabh Pant gets witty while revealing unique way of remaining busy and fit post IPL 2021
Is Rishabh Pant burdened with captaincy? DC skipper crashes to shocking low in IPL cricket
Rishabh Pant created history in IPL on this day in 2018 as he smashed an unbeaten 128