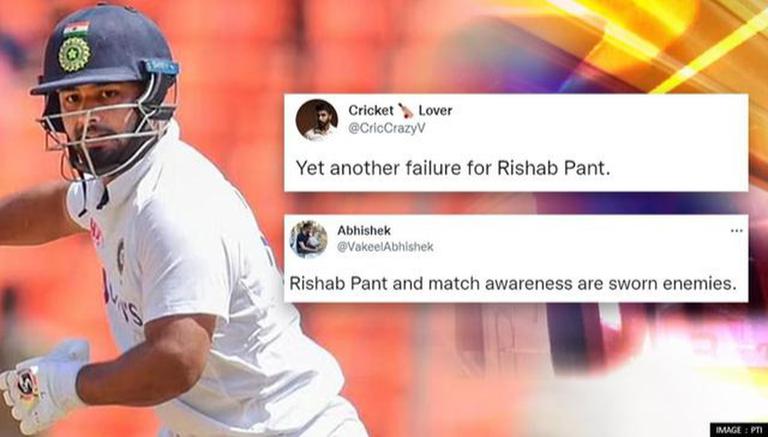 
Indian wicketkeeper Rishabh Pant was dismissed for a duck playing an 'unacceptable' shot leaving India reeling at 167/5. South African pacer Kagiso Rabada bowled a short of a length delivery on the middle and off stump which saw Pant charging down the track and get a faint think edge and the keeper Kyle Verreynne made no mistake in sending pant back to the pavilion.

Former Indian opener and now Member of Parliament Gautam Gambhir lambasted the Indian keeper for his shot and said 'that was absolutely horrific' not just Gambhir but Indian legend Sunil Gavaskar also criticized Rishabh Pant for his shot selection and said there can be no excuses for playing that shot. "You have got two new batsmen at the crease and then you saw that shot from Rishabh Pant. Forgettable, no excuses for that shot, no excuses. None of that nonsense about that being his natural game," said Gavaskar during the live broadcast.

"There is supposed to be a bit of responsibility shown. Because there are others taking the blows. There are guys like Rahane and Pujara who have taken it on their bodies. So you also fight it out. I tell you what, you won't get too many kind words in the changing room," he added.

IND vs SA updates: India with mere lead of 162 runs

Team India are currently 189/6 at lunch on day three and hold on to a mere lead of 162 runs in the IND vs SA 2nd Test with just four wickets in hand. The team started on a high note scoring 66 runs off 14 overs with both Ajinkya Rahane and Cheteshwar Pujara looking in the groove. But South Africa were quick to bounce back taking four wickets while giving away just 29 runs to put the team in a commanding position.