CSK batsman Robin Uthappa can be seen dancing with his better-half Sheethal Goutham (former tennis player), and others in the video shared on Instagram 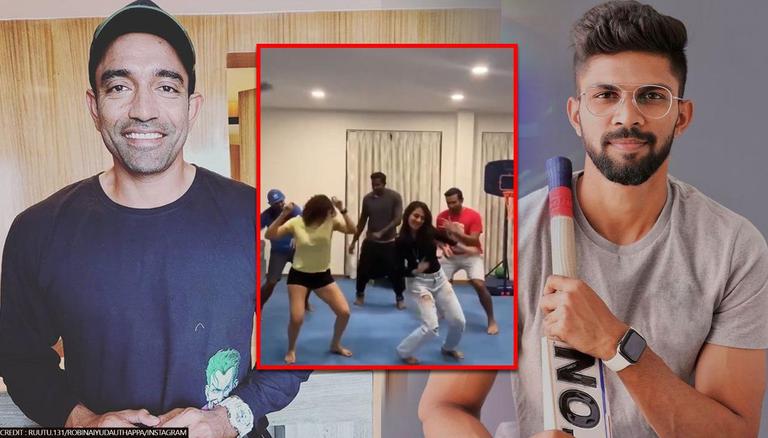 Robin Uthappa shared the video on his Instagram handle:

After the video surfaced, many could not stop themselves from reacting to the video. In fact, Uthappa's Chennai Super Kings' team-mate Ruturaj Gaikwad rated his dance out of 10. Gaikwad wrote, 'Robbie bhai 10 out of 10 for you'. 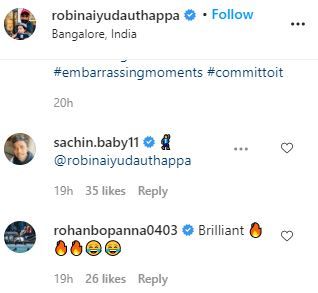 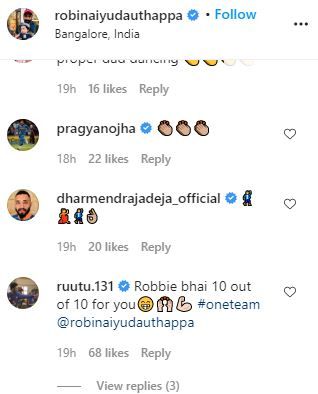 In terms of IPL 2021, Robin Uthappa was part of Chennai Super Kings, however, the 35-year-old batter did not get a chance to play even a single as both du Plessis and Ruturaj Gaikwad were in sublime form. Uthappa generally bats at the top 3 positions, however, the top 3 of CSK in IPl 2021 consistently performed well. CSK were placed at the second spot in IPL standings with 10 points under their belt, behind league leader Delhi Capitals (DC) before the IPL 2021 was postponed.

In the video that seems to be shot during one of CSK's training sessions, skipper MS Dhoni is seen sitting beside Robin Uthappa. The CSK skipper seems in a playful mood as he imitates Jadeja's sword celebration. Both Dhoni and Uthappa are all smiles in the video. CSK captioned the post, "Sword ft. Thala". As expected, the video was flooded with lot of reactions as CSK fans were left in splits. Meanwhile, Jadeja had a sensational IPL 2021 before it was called off due to the emergence of COVID-19 cases in the tournament's bio-bubble. The Ravindra Jadeja stats in IPL 2021 are a testament to his stunning form. In seven matches, Jadeja scored 131 runs at an astonishing average of 131.00 and a blistering strike rate of 161.72.