Roger Binny became the new Chief of Karnataka State Cricket Association on Thursday, after getting over 90% of the votes. His team completely swept the election

After emerging triumphant with a landslide victory in KSCA elections tonight, its newly elected president Roger Binny, a member of 1983 World Cup-winning team, is being touted as the "dark horse" for the post of BCCI president -- primarily because he is not "conflicted" and he "meets all the criteria." Republic TV is in possession of the copy of the final result paper that shows Roger Binny and his team completely swept the Karnataka State Cricket Association (KSCA) election held in Bangalore on Thursday, October 3. Here is the copy of the final result paper: 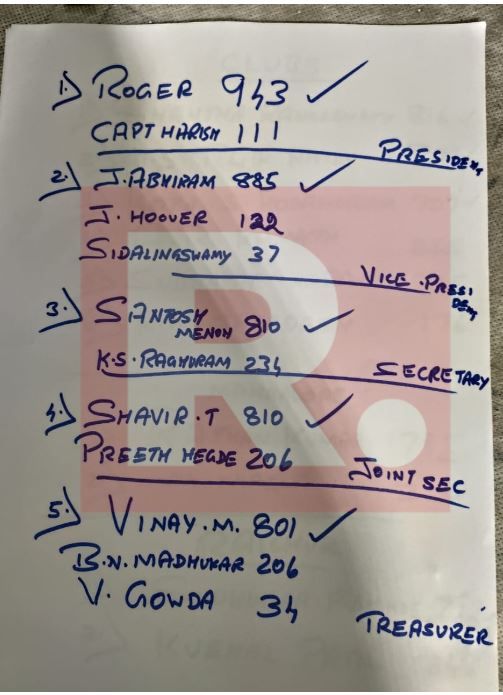 With 1,066 strong voters exercising their rights, Binny polled an astounding 943 votes (over 90 per cent votes) in his favour for the post of KSCA president defeating Captain M M Harish who could manage only 111 votes. Binny's team member J Abhiram was elected the vice-president with 885 votes to Joseph Hoover 122 votes while Santosh Menon and Shavir Tarapore, with 810 votes each, were elected as secretary and joint secretary respectively while Vinay Mruthyunjaya with 801 votes chosen as the Treasurer.

A dark horse for the post of BCCI President or Secretary

Sources in Board of Control for Cricket in India (BCCI) told Republic TV that Roger Binny can emerge as a dark horse for the post of BCCI president or secretary as he has a clean image, is conflict-free and also meets all the administrative and electoral criteria according to the new BCCI constitution. "Roger Binny has a clean image. He is the face. He is an experienced administrator. He is liked by all.. not only in Karnataka but also in other Southern state associations. I am not saying he is the front runner or favourite but definitely a dark horse. Who knows?" the source said.

READ | Mayank Agarwal on double ton: 'Once you get set, try and make it big'