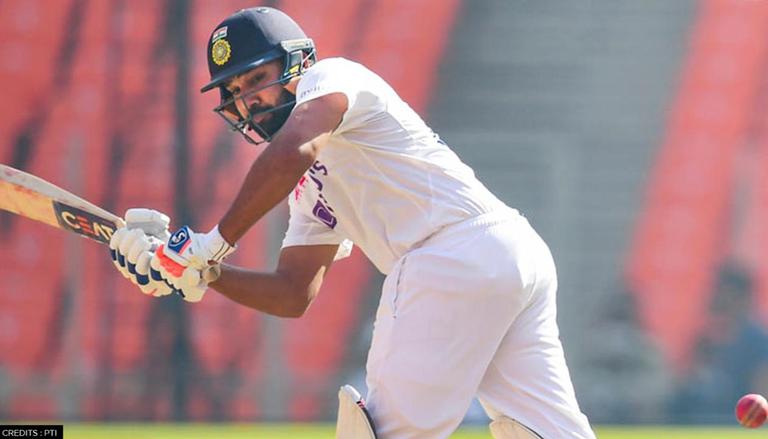 
Rohit Sharma has expressed his disappointment after missing out on what would have been a much-coveted century at the mecca of cricket- Lord's. While Rohit was unhappy to lose out on the century, he told in a conversation with Dinesh Karthik that there was nothing he could do to counter the well-calculated delivery from James Anderson.

Rohit Sharma has done an excellent job of opening the innings in Test cricket. The opener has flourished since being introduced as an opener in late 2019 and has established himself as a key player of the side. In the difficult English conditions, Rohit looks to be more calculated in his technique, restraining his natural aggressive impulses to suit the team's needs. Rohit was dismissed in the 30s in both the WTC final and the first innings in Nottingham before eventually turning a promising start with a significant score at Lord's.

Rohit scored a magnificent 83, his highest Test score outside of India, and even had the chance to be inducted into the Lord's Honors Board before getting thwarted by Anderson. "I am a little disappointed not to get to that three-figure mark, but again, I saw the replay probably 20 times, and I couldn’t have done anything to that ball. What matters is the position the team is in because it is not about individuals. Your personal records can take a backseat, but this is a team sport. Anything you do, and it helps the team, I am happy with it," said Rohit.

India vs England: Loved playing against my nature - Rohit Sharma

Rohit also claimed that he enjoyed playing the manner he did in the previous few innings. He believes that he is more careful and contemplative and that, unlike his temperament, he enjoys the challenge of batting in these conditions. "That’s Test cricket, you can’t bring out your flashy drives especially when the weather conditions are like that. You need to understand that and the experience that I have, I need to apply that. It was testing in the middle so all your basics of Test cricket come into play, things like playing with soft hands and leaving balls outside off. It is against my nature but I loved it. Honestly speaking, I loved doing that," added Rohit Sharma.