It has been reported that Rohit Sharma could be appointed as Team India's next limited-overs captain. Kohli is set to step down as T20I skipper post T20 WC 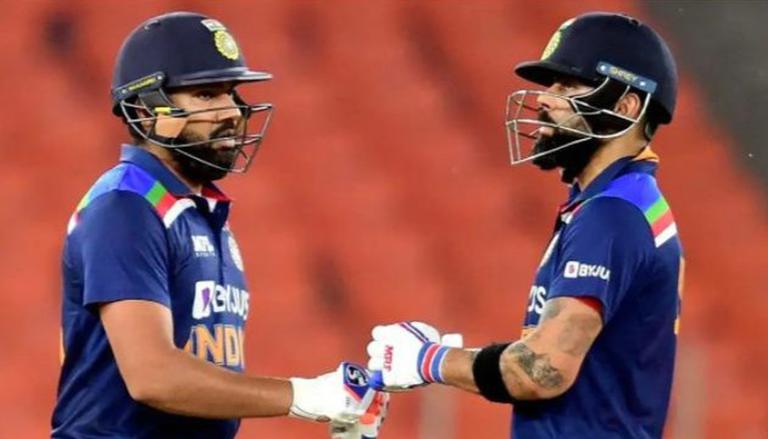 
It has been reportedly learned that Rohit Sharma is set to be named Team India's next limited-overs captain. The current skipper Virat Kohli will be relinquishing T20I captaincy after the conclusion of the ongoing ICC T20 World Cup 2021. Now, if rumours are to be believed then Rohit could succeed Virat in both T20I as well as ODIs.

“3 Captains for 3 formats will create lot of confusion. We want flow of ideas & direction to be very smooth. We feel India should have same ODI & T20 Captain & Rohit Sharma in current scheme of things is the best choice. Selectors will take the final call in the next meeting. Whatever good is for the Indian cricket, decision will be taken accordingly”, declared one of the top Board of Control for Cricket in India (BCCI) officials according to InsideSport.

Rohit Sharma had led India to the Nidhas Trophy tri-series triumph against Bangladesh and Sri Lanka in March 2018 and then led them to an Asia Cup (ODI format) victory later that year. He was the stand-in captain as Kohli was on rest during those series'.

He has captained the Indian side in 19 matches till now, the last of which was against New Zealand in 2020. India has won a total of 15 matches under his captaincy. He has a winning percentage of 78.94 when leading the side and has also won the ‘Man of the Match’ title 10 times as a player. Apart from all these, the 'Hitman' boasts of being the only player to have scored three double centuries in ODIs and four T20I tons. He had scored a mammoth 264 against Sri Lanka at the iconic Eden Gardens in November 2014 which remains to be the highest individual ODI score to date.

At the same time, the dynamic opener also became the first and only batter to score five centuries in a single edition of the ICC Men's Cricket World Cup. He achieved this feat during the 2019 edition of the quadrennial event that was played in England & Wales.