On this day in 2014, Rohit Sharma went on a record-breaking spree & hit his 2nd double century in ODI registering highest individual score in 50 overs cricket. 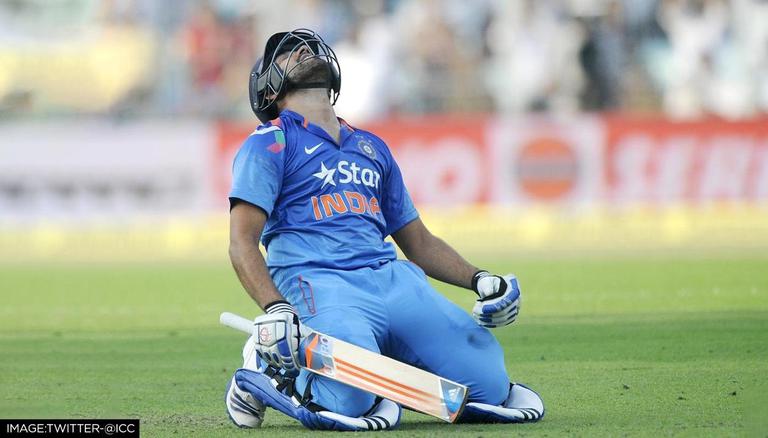 
One of the most complete limited-over batter of the world Rohit Sharma is all set to captain India in T20 format after Virat Kohli relinquished his position. The Board of Control for Cricket in India (BCCI) on Saturday shared Rohit Sharma's blistering 264 runs knock on its Twitter handle as the cricketer had demolished many records on November 13, 2014.

Crowds at Eden Garden in Kolkata witnessed one of most efficient and clean striking as 'Hitman' Rohit Sharma won huge praise with his majestic power-hitting. In his knock of 264 runs, the Mumbai Indians skipper hit 33 fours and nine sixes as India posted a mammoth total of 404 runs in 50 overs for the loss of five wickets. Not only this, Rohit Sharma registered the highest individual score in ODIs as he surpassed compatriot Virender Sehwag's 219.

The knock of 264 runs was Rohit Sharma's second double hundred in the One-Day International. Rohit Sharma had gone past the 200-run barrier when he hit 209 against Australia the previous year in 2013 which was his first double century of ODI. It was his first double hundred but he fell 10 runs short of the then-record held by Virender Sehwag -- 219 which came against the West Indies in 2011.

The 264 runs knock came after a year in 2014, when Rohit scored 264 runs off 173 deliveries, and this is the highest individual score ever recorded by a batsman in ODI cricket. Chasing a target of 405, the Sri Lankan side was shot out for just 251, as India won the match by 153 runs.

The third double century of Rohit Sharma came against Sri Lanka yet again at the IS Bindra Cricket Stadium in Mohali. Batting first, the Indian side piled up a mammoth total of 392/4 on the board, courtesy of Rohit Sharma's third ODI double century. The ‘Hitman’ blazed away to a 153-ball 208*. Rohit’s innings were studded with 13 fours and 12 sixes. In reply, the Sri Lankan side was bowled out for just 251.