On the eve of Global Parents Day 2021, cricket legend Sachin Tendulkar took to Instagram and posted a picture of his family to thank his parents. 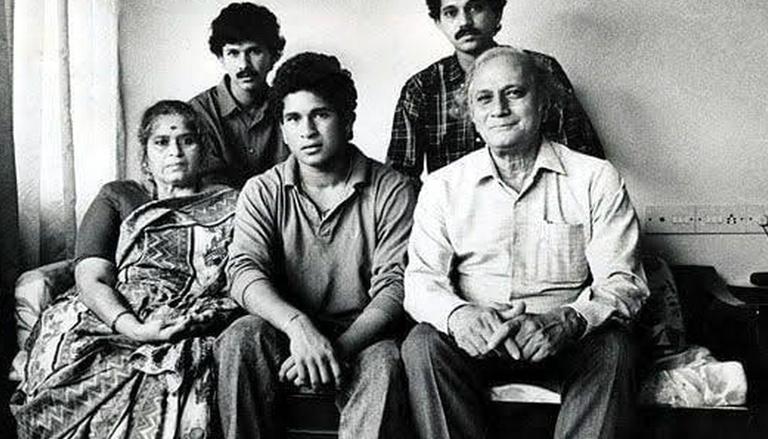 Sachin Tendulkar is undoubtedly one of the greatest cricket players of all time that the world has ever witnessed. The Master Blaster managed to express the emotions of over a billion people by representing India in the international cricket circuit. Sachin Tendulkar received immense support from his family to catapult his cricket career and on the eve of Global Parents Day 2021, the Master Blaster has expressed his gratitude towards his parents.

The 1st of June was first designated as the Global Parents Day by the UN General Assembly in 2012 in honour of all the parents across the world. Since then, June 1 is celebrated as Global Parents Day every year all around the world. On the eve of Global Parents Day 2021, cricket legend Sachin Tendulkar took to Instagram and posted a picture of his family to thank his parents for all the things they had done for him and his siblings.

The Sachin Tendulkar Instagram post saw the Master Blaster post a vintage monochrome picture of his family in his childhood house. He followed it with a beautiful caption writing that the love of parents always remains complete no matter how many times it is divided among children. He also wrote that he will be forever grateful to his parents for all the things they had done for him and his siblings throughout the years.

The Indian batting legend is the leading run-scorer in both ODI and Test cricket to date. Apart from that, Sachin Tendulkar is the only player to have scored 100 centuries in international cricket. He is also the top run-scorers in World Cup matches after scoring a total of 2278 runs to his name. One of the Sachin Tendulkar records also includes having one of the longest Test as well as ODI career while featuring in more games than any other player.